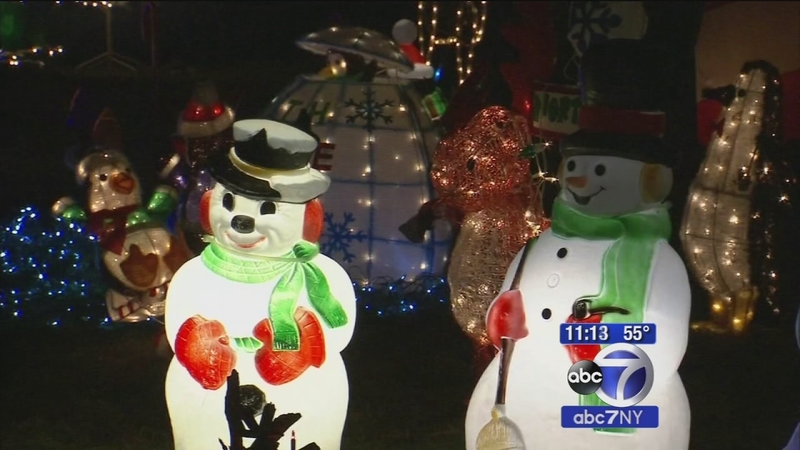 "I can't just go to the store and buy a lot of this stuff - it has been collected over years," says Shane MacCary.

Christmas display thieves caught on camera. One man was no match for a candy cane...@ABC7NY pic.twitter.com/uvxNFhX24r

MacCary's 68,000 lights and dozens of figures have long been a tradition outside his Monmouth County home. Also outside his home are surveillance video cameras that captured the holiday joy that was snatched up by three Christmas display bandits with Grinch-like tendencies.

A Lexus SUV drove up to the house and three men made their way onto the property at 2:30 in the morning. One man quickly finds he was no match for a candy cane display that was tethered to the ground, and wired to a power supply.

One of the suspects tried to make a run for it, and made their way to the corner of the property. One guy grabbed an inflatable, and another grabbed a snowman.

Frosty did not have a say in the matter, and in total, all of the stolen items are worth around $1,000. MacCary says the loss isn't his alone.

"I always enjoyed when I was younger, driving around looking at all the houses and how they were lit up, so one year I was like, 'I'm going to put the lights on in my house', and each year, I just kinda added more stuff.

It's that holiday cheer that cannot be stolen, but when the thieves drove off, one would have to think that Santa was watching.

"There is a lot of time and effort put into it all year. I am thinking 'what can I change, what can I move around?' so it's a year-long process to bring the magic," MacCary adds.