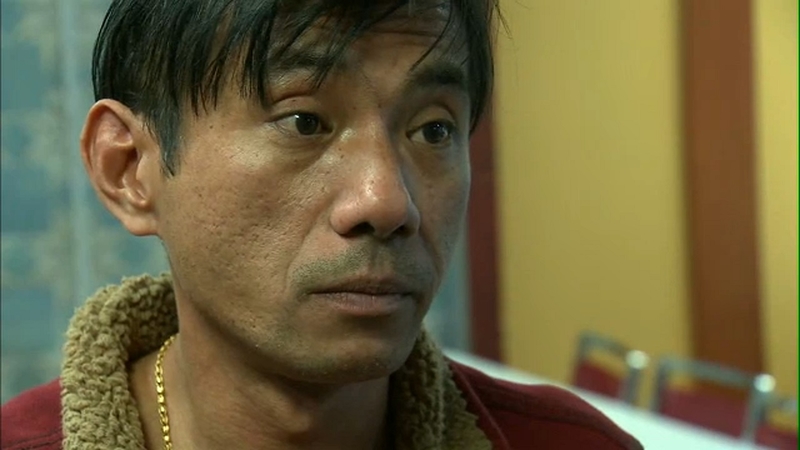 HIGHLAND PARK, New Jersey (WABC) -- On the verge of tears, Harry Pangemanan conveyed the shattered innocence he witnessed in his daughter's eyes on Friday after learning their Highland Park home had been burglarized and vandalized.

"My children cry all night long - this is the first time in my life that my oldest children cursing, saying bad things about everything here, and Americans not raise their children to be like that," said Pangemanan.

Pangemanan has been staying at The Reformed Church of Highland Park since Thursday after ICE agents tried to intercept him while dropping his daughter off at school. A 47-year-old construction worker who helped rebuild Superstorm Sandy homes, he has no criminal history.

Reverend Seth Kaper-Dale considered at first the possibility that this was just an isolated incident, until Arthur Jemmy's home was similarly targeted by thieves. Jemmy has also been staying at the church for months fearing deportation.

Fleeing religious persecution in Indonesia...Harry Pangemanan and Arthur Jemmy built new lives in the U.S. where they've happily lived for years until recently becoming targets of ICE. Fearing deportation they're now both staying at The Reformed Church of Highland Park #ABC7NY pic.twitter.com/LEPhF4rges

"We would actually call on the attorney general to maybe explore this as a hate crime - the proximity of this event to people moving into sanctuary is deeply disturbing," said Reverend Kaper-Dale.

Reverend Kaper-Dale added someone also recently scribbled an anti-immigration message on one of the church's bathroom walls, but he and his congregation are determined to remain steadfast and hopeful in the face of adversity.

As police continue to investigate these break-ins, and the messages inside the church's bathroom, Governor Murphy's staff has offered additional security for Sunday's services.