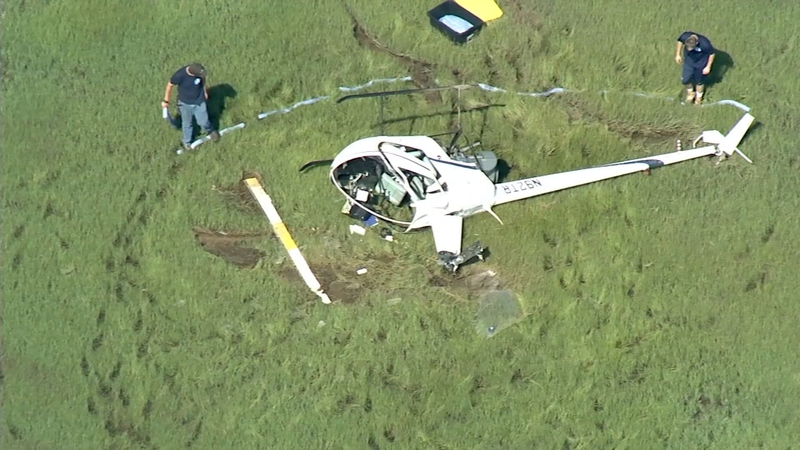 OCEAN CITY, N.J. (WABC) -- A helicopter with a student pilot and an instructor aboard crashed at a small airport in southern New Jersey, leaving both injured.

The Federal Aviation Administration says the Robinson R22 helicopter ended up in a marsh area west of Ocean City Municipal Airport around 9:30 a.m. Friday. It apparently had taken off a short time earlier.

The occupants were identified as Harvey Shubart, 62, of Doylestown, Pa. and Ocean City, and Carol Gray, 64, of Bear, Del.

Aerial images from sister station WPVI-TV after a helicopter crashed in a marshy area in Ocean City, NJ.

Police say Shubart is the owner of the helicopter and a flight instructor. Shubart was teaching Gray how to hover when they lost control and made a hard landing in the marshes, according to investigators.

They were the only occupants of the aircraft, police said. Both Shubart and Gray were taken to the hospital with non-life-threatening injuries.

The cause of the crash remains under investigation by the NTSB and FAA.

The helicopter was heavily damaged in the incident, ending up on its side with damage to its rotors.