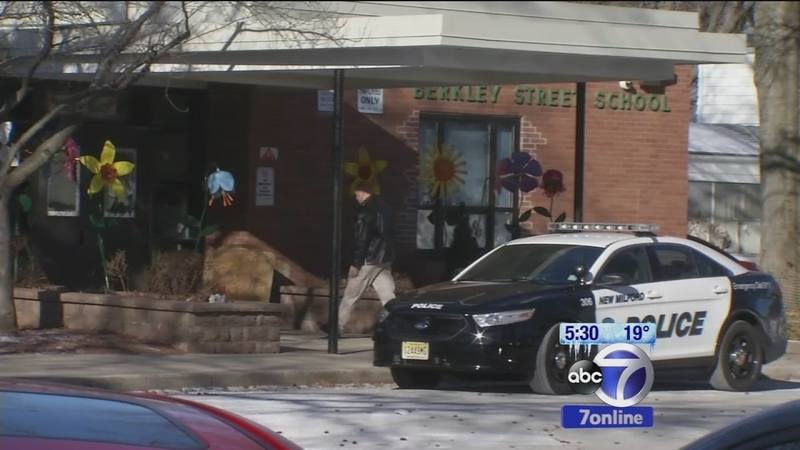 NEW MILFORD (WABC) -- A folding table attached to a wall collapsed at a New Jersey school during a recreational soccer practice Wednesday evening, killing a 7-year-old boy preparing for his season opener. On Friday evening, New Milford residents turned their porch lights on to light up the night in remembrance of 7-year-old Brendan Jordan.

The horrifying accident took place around 6:30 p.m. inside the Berkley Street Elementary School in New Milford, while parents and children were in the gym.

Police say Brendan Jordan, who was a student at Gibbs Elementary School on the north end of town, was playing with a soccer ball with six of his teammates when he approached the area where fold-down lunch tables and benches are recessed into the wall.

One of the benches, constructed of wood and steel and weighing approximately 108 pounds, fell out from the wall and struck Jordan in the side of his head, causing him to immediately collapse.

It is unknown whether he was touching the apparatus at that time. The bench was inside the gym which is also used as the cafeteria, and had been folded near the wall.

The practice was being run by off-duty New Milford police officer Bryan Mone, who was coaching the team and immediately told parents to call 911 before administering CPR.

Mone was then assisted by responding officers and emergency services personnel.

Jordan was transported to Hackensack Medical Center, where he was pronounced dead at approximately 7:30 p.m.

A team of New Milford police officers and detectives, as well as the Bergen County Sheriff's Department crime scene investigation unit, performed a thorough investigation for the remainder of the evening.

At this time, there is no evidence of criminality.

Authorities are still trying to determine why the table fell, because they are usually locked in place in the walls of the school gym.

The U.S. Consumer Product Safety Commission warned in 2012 of the potential safety risk of the tables, saying it had received reports of several deaths and injuries in schools when the tables tipped over. It warned that most accidents happened during after-school or during non-school activities and warned schools to not allow children to move the tables or play with them.

"It's a tremendous loss for all of us, a shock for the family especially," School Superintendent Michael Polizzi said. "I can't imagine the void the family will feel."

Practices in the gym were suspended for a few days while it is inspected, and it is unknown if the team will play Sunday.

Grief counselors were made available at both schools.