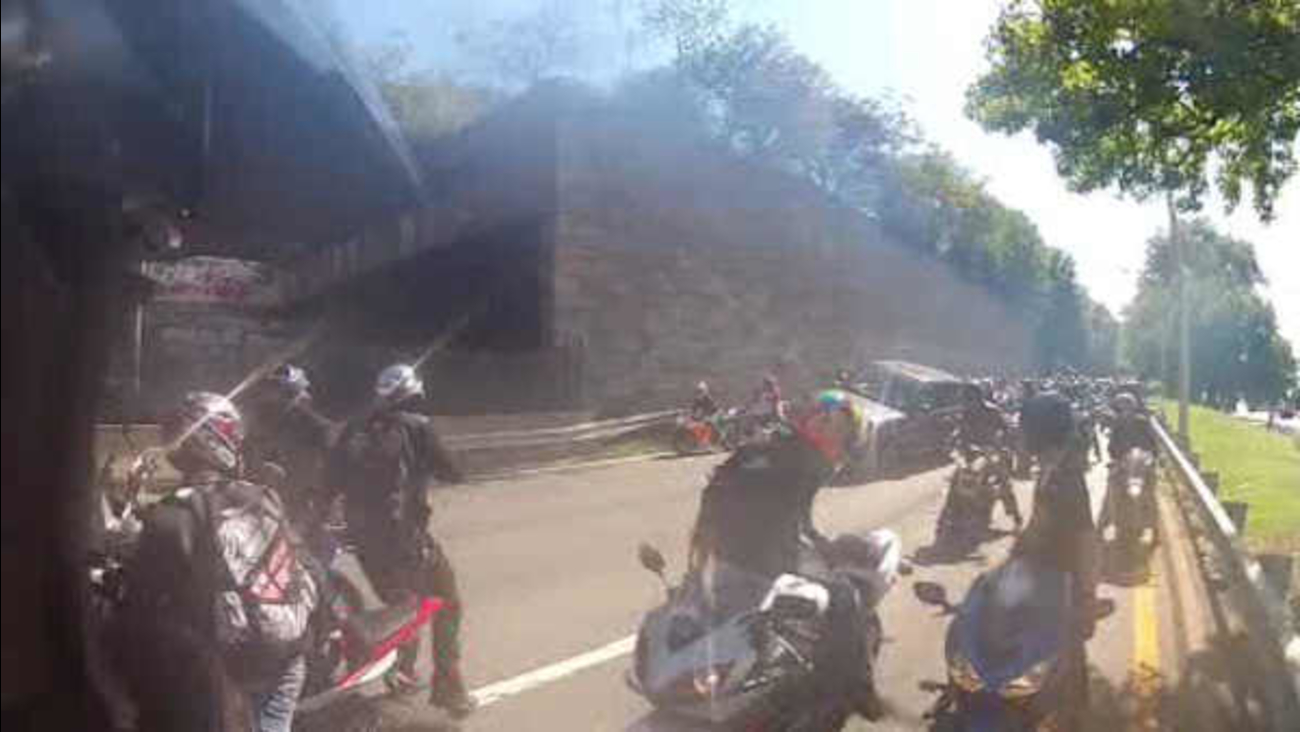 NEW YORK (WABC) -- One of the motorcycle riders involved in the vicious caught-on-camera beating of a motorist on the West Side Highway in 2013 pleaded guilty Wednesday.

He is due back in court for sentencing on March 11. He is expected to receive four months in jail and five years probation.

This is the third guilty plea in the case, after two others -- both deemed the least culpable -- had no-jail plea deals accepted by a judge earlier this month.

Allen Edwards and Edwin Rodriguez also pleaded guilty to second-degree assault and first degree riot, but both sides agreed they bore the least responsibility of the 11 bikers involved. They each received five years probation.

Neither Edwards or Rodriguez had actual physical contact with the victim, Alexian Lien, and neither damaged his Range Rover, although one may have punched the vehicle.

The tension began when an SUV carrying a family on a Sunday drive crossed paths with a motorcycle rally, with at least one rider capturing events on a helmet-mounted camera and later posting video online.

Police say a motorcycle slowed in front of the Range Rover, which then bumped the bike. Motorcyclists dismounted and converged on the SUV. Lien had said he feared for himself, his wife and their toddler. He hit the gas to get away, running over and seriously injuring motorcyclist Edwin Mieses Jr., of Lawrence, Mass.