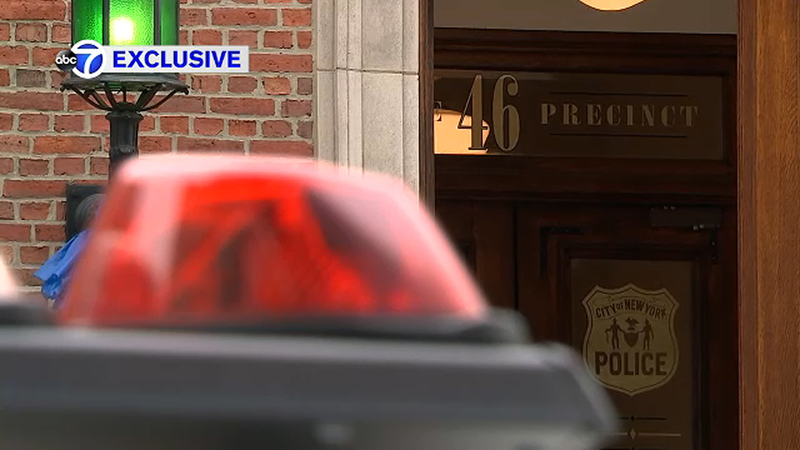 BRONX (WABC) -- One of the most dangerous police precincts in New York City has seen a historic drop in crime over the past two decades, and now, the NYPD is taking stock of the dramatic turnaround.

Back on familiar streets of the Bronx, NYPD Chief of Department Terrence Monahan sees change in so many ways.

"Coming back to the 46th, this is fantastic," Monahan said.

Monahan returned to the streets of the NYPD's 46th Precinct, where he took his first command in 1996.

"It was a tough time here in the neighborhood back then," Monahan said.

The area was so dangerous that the 46th Precinct was known as the "Alamo," and what Time Magazine once called "The Most Dangerous Square Mile in America."

"You went up to Creston, it was a heavy marijuana spot," Monahan said. "Right down here on Morris, there was crack. One more block down to Walton was heroin...You had to control 183rd between Morris and Creston, otherwise you would be picking bodies up left and right."

Fast forward 23 years, and crime stats in the precinct are dramatically different.

The historic drop is due in part, he says, to the neighborhood policing initiative. Officer Juan Maria and Detective Louis Cruz were recently able to arrest two men in a burglary pattern thanks to help from the public.

"When you reach out to them, they are more willing to work with us," Maria said.

Efforts to clean up the streets and reach out to individuals who seek aid is a daily task.

"We meet new people everyday," Cruz said. "We help them out with little problems, and we definitely make a connection with them."

"We are definitely seeing less violence," he said. "Our robberies are down. Our shootings are down. Homicides are down."

One homicide in the 46th Precinct, that of Detective Miosotis Familia, struck at the very heart of the precinct in 2017.

As Chief Monahan has risen in the ranks and misses being out on the street, he still holds true to his focus.