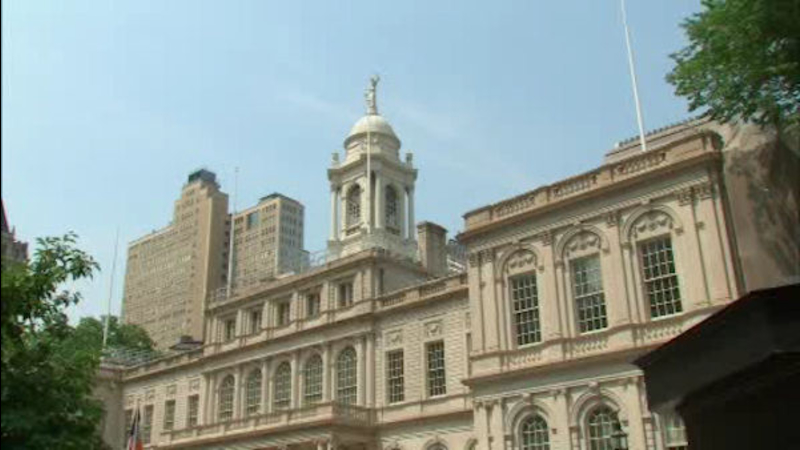 NEW YORK -- The City Council on Wednesday passed a series of criminal justice reforms to sharply curtail the punishments for low-level offenses such as littering and peeing in public, an overhaul intended to help unclog the courts and jails of the nation's largest city.

The Criminal Justice Reform Act alters the penalties for certain offenses, including possessing an open container of alcohol in public. Though the offenses will remain illegal, the legislation steers them to civil court rather than criminal court.

Public urination and most offenses in public parks will be downgraded from misdemeanors to violations and reduces the available jail penalties to just one day for violations. Currently, jail time could stretch up to 90 days for such offenses.

The package of bills was unveiled by City Council Speaker Melissa Mark-Viverito on Monday.

"This is a huge win for criminal justice reform," she said. "For too long, our criminal justice system was broken and it was time we took action. The Criminal Justice Reform Act will prevent tens of thousands of people from getting a criminal record for low-level, non-violent offenses and over its lifetime it is going to change trajectories for countless New Yorkers."

The plan has the support of the NYPD and first-term Democratic Mayor Bill de Blasio, who is expected to sign it into law in the coming weeks.

Council staffers estimate that the plan will divert more than 100,000 cases from the criminal court system every year, avoid the issuance of 50,000 warrants annually and prevent nearly 10,000 people annually from having permanent criminal records. There are currently 1.5 million open warrants in the city, which has about 8.5 million residents.

The plan, championed by Mark-Viverito and Rory Lancman, chair of the council's courts and legal services committee, was warmly received by several criminal reform advocacy groups, which said it would reduce the effects of broken-windows policing, a theory that puts an emphasis on cracking down on low-level offenses that could lead to more violent crimes.

"No one should be shackled with a criminal record for littering or being in a park after it's closed," said Donna Lieberman, executive director of the New York Civil Liberties Union. "This act makes important progress away from the crippling effects of broken-windows policing and toward policing practices that are smarter, fairer and safer for all New Yorkers."

The council has limited power to reform the summons system, which is overseen by the state courts. But de Blasio has said the plan was "an important step" toward fulfilling his campaign promise to make policing more equitable for the city's poor and minority residents. Advocates have long believed that the poor and minorities are more likely to be arrested for low-level offenses and to have a more difficult time shaking off marks on their permanent criminal records to find jobs or housing.

De Blasio, whose team along with the NYPD helped negotiate the legislation, also said it "gives police officers more tools to enforce the law without inhibiting our officers' ability to keep New York City the safest big city in America."