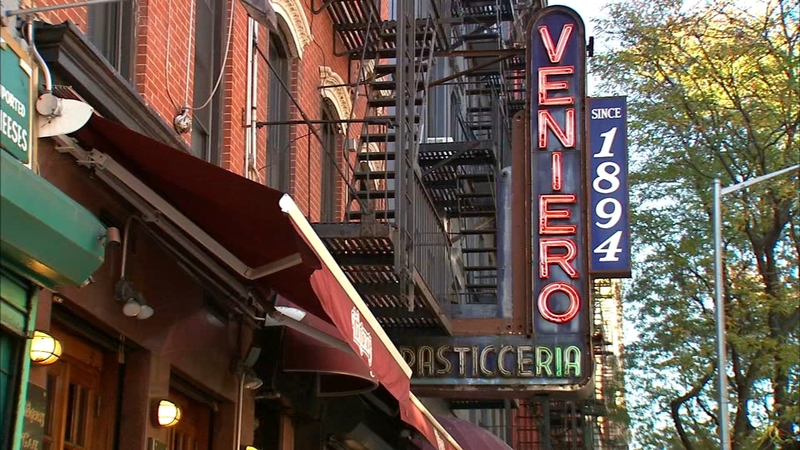 NEW YORK (WABC) -- The New York City Department of Consumer Affairs has ordered businesses to pay more than $100,000 in restitution to employees for violating the city's 2014 paid sick leave law, according to data obtained by 7 On Your Side Investigates through an information request with the DCA.

The law guarantees most employees who work more than 80 hours a year up to 40 hours paid sick leave regardless of their immigration status.

Through October 2017, the department had averaged more than one complaint a day about violations to law, said information specialists with the DCA.

7 On Your Side Investigates also requested a list of all investigations into sick leave law violations the city had closed through October 2017.

Using the data, 7 On Your Side Investigates compiled a list of the companies ordered to pay the most employees restitution through settlements reached with the city.

Topping the list was a famous Italian bakery in the East Village.

Veniero's which calls itself, "New York's oldest tradition," was ordered to pay 49 employees $36,500 in restitution plus an additional $5,000 in penalties to the city for violating NYC's sick leave law, according to data from the DCA.

Healthier Imaging & lab Inc., a health services company near Little Italy came in second, owing 35 employees, $17,500 in restitution; plus $5,000 in penalties to the city.

Orthopedic Specialists of Greater New York P.C., a doctor's office on the Upper East Side, owes 9 employees $4,908 in restitution and $592 in penalties to the city.

Neither Brodwell Group Inc., or Orthopedic Specialists of Greater New York P.C. responded to repeated requests for comment by 7 On Your Side Investigates.

Not far behind but falling in sixth, was Bed Bath N More, an online company based in Brooklyn, owes eight employees $4,000 in restitution and $1,500 in penalties to the city.

A city spokesperson said all of the companies had agreed to comply with the sick leave law going forward as part of the settlement agreement.

In those cases the complaint was withdrawn, the complainant could not be found, the case was consolidated with another complaint, or the DCA found no violation, Sarpong said.