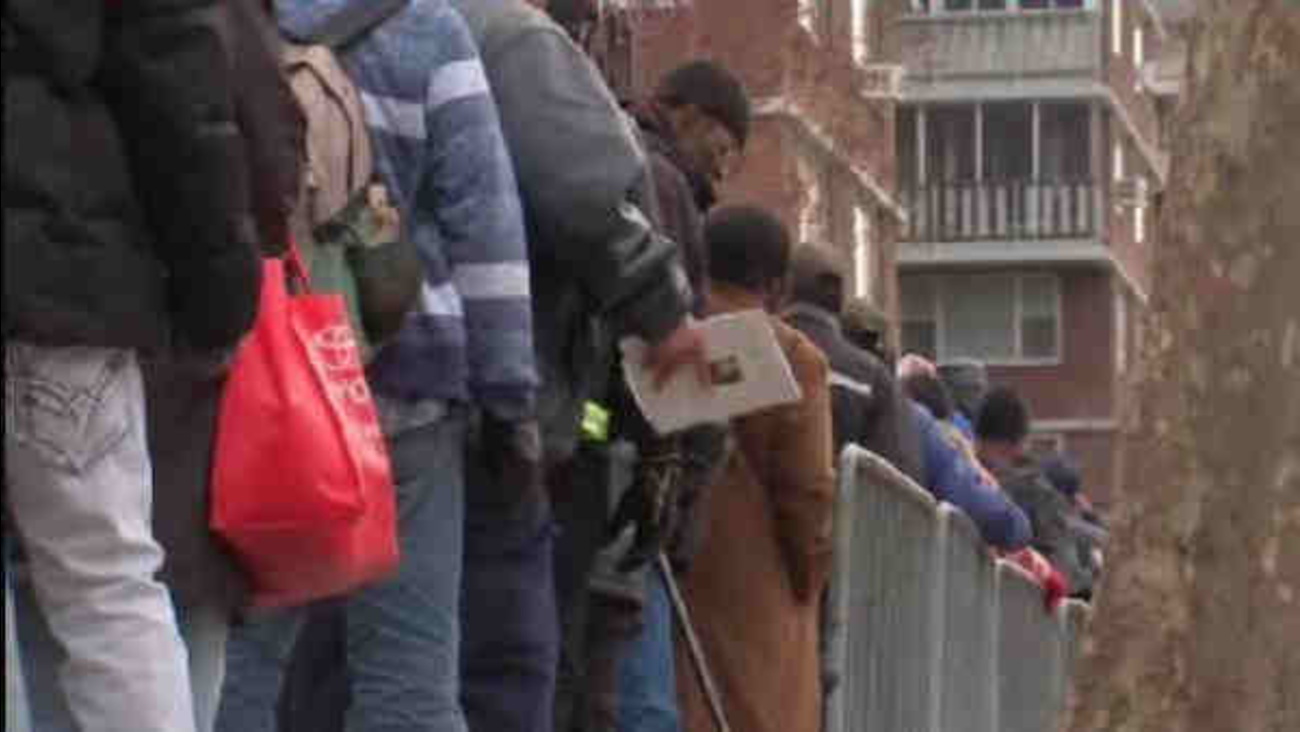 "The city has made smart, strategic investments to improve our ability to identify and serve homeless New Yorkers," the mayor said in a statement releasing results of the survey.

In February, more than 3,000 volunteers fanned out to count the city's homeless population. The count is mandated by the federal government for cities to receive certain kinds of funding. It has taken place all over the country in recent weeks, including in Philadelphia, Houston and Boise, Idaho.

The city's homeless population has increased more than 10 percent over the past two years. In September, officials announced they planned to spend $100 million to eradicate homelessness.

The Democratic mayor also announced that beginning in May the city will start its first quarterly nighttime street homeless count.

Mary Brosnahan, President and CEO of the Coalition for the Homeless, took issue with the methodology of the count and said nobody who spends time walking the streets of the city would believe street homelessness has declined.