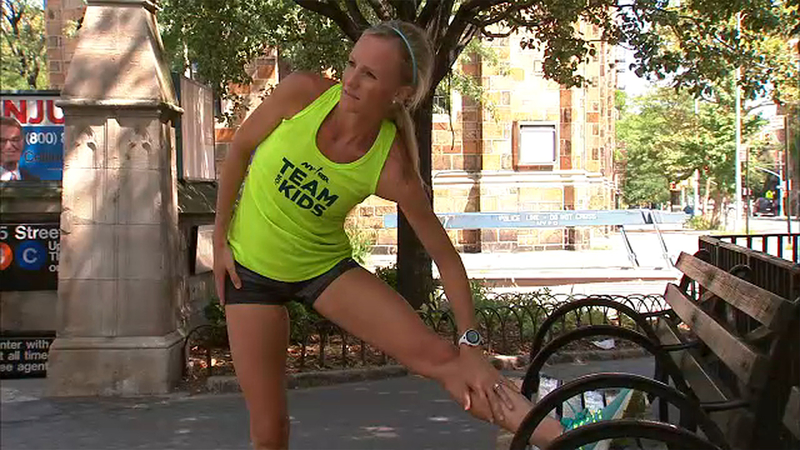 NEW YORK CITY (WABC) -- You could say she was born to run the marathon. Shalane Flanagan could barely walk at her first races.

Family photos show a tiny blond haired girl sitting on the race sidelines watching as her mother Cheryl ran. (Her mother Cheryl Bridges Treworgy set marathon record in 1971 and her father Steven Flanagan was a standout marathoner through the 70s.)

"My parents are runners, and they were always my heroes. I looked up to them so I've always had running in my household," Shalane says.

The 4-time Olympian has moved into professional marathoning making her race debut at TCS NYC Marathon in 2010 grabbing 2nd place.
"I was runner up in 2010. Running that race confirmed my belief that I was a marathoner," says Shalane.

Shalane spent off time healing her injury after the Rio Olympics by writing a book "Eat Slow, Run Fast." She also went on her first vacation in 7 years with her husband to Hawaii!

Plus, she brought two twin girls into her home for foster care during their senior year of high school.

"My husband and I became foster parents within the last year. I love kids, and because my job has not allowed me to have kids yet, I want to be around them as much as I can," she said.

In August, she flew from her home in Portland, Oregon to be at Percy Sutton 5K. The race entrants included the "Run for the Future" team, a program that mentors high school young women.

Shalane says being inspiration for young runners is a move that she says will help HER running, and give her more purpose in her racing.

"Being a part of Team for Kids and an Ambassador for them, it will give me an extra level of digging deep," she said.

Any extra edge for this year's marathon cannot hurt. The entire women's elite field from 2010 is back to compete.

At 36 years old, this is Shalane's 10th marathon. She says sharing her passion for the sport and a desire to win is with her every single run.