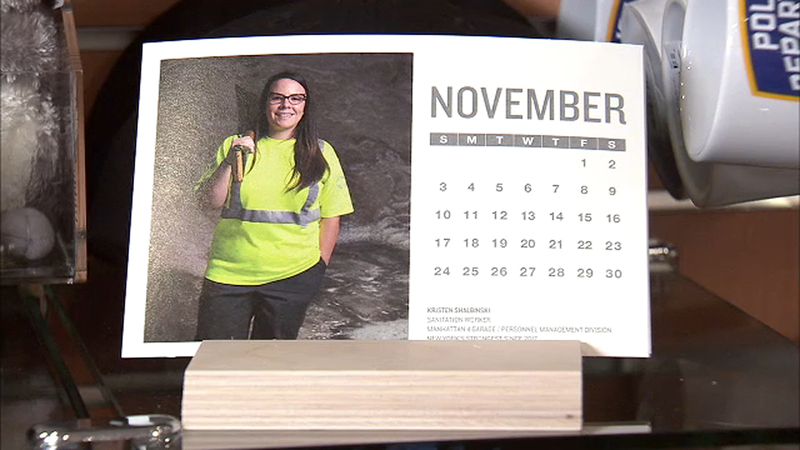 NEW YORK (WABC) -- We're weeks away from the new year and if you're looking for a calendar, you may consider the one that's been released by the New York City Department of Sanitation.

It features employees who collect trash, sweep the streets, fix the trucks and work behind the scenes.

It's the department's way of shining a light on employees who often go unrecognized.

And unlike the calendar by the FDNY, no DSNY employees are featured shirtless. It sells for $14.95 at the City Store of New York at 1 Center Street.

"I'm proud to be part of the calendar and part of the agency," said Pauline Sealy, the only female sheet metal worker in New York City. She hopes to inspire girls to follow in her footsteps.

"I think it's a great avenue in terms of a career, we don't all have to go to college, even though I did," she said. "This was a very good thing for me and my family."

"I really just started a year and a half ago so to sign up for something like this and actually be chosen is very exciting," she said.

About 9,000 people work for the New York Sanitation Department and 300 of them vied to get into this year's calendar. Half had their photos taken, and only 14 made the cut.

Proceeds from the calendar go to The City Fund.