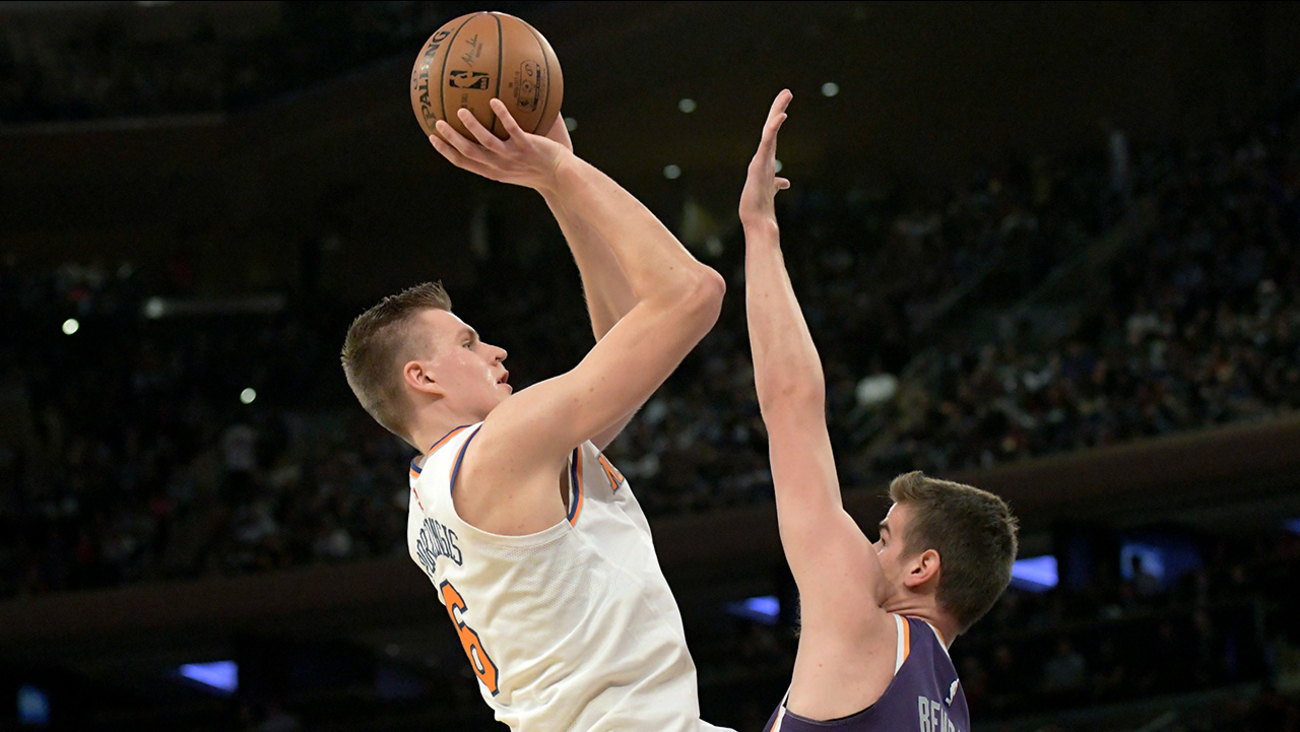 NEW YORK (WABC) -- There is something about Opening Day in baseball or Week 1 in the NFL. Whether your team is expected to win it all or be the worst team in the league, the start of a new season offers fans hope. In New York City, a new season also means new expectations. And in 2017, nearly all our expectations have been proven wrong.

The biggest reason for the Knicks hot start is Kristaps Porzingis. He set a new career high in points per game three times in one week and is breaking Knicks records that put him in the same category as guys like Bernard King and Patrick Ewing. It is a very young season and no one knows if the Knicks can keep this up, but for now at least, the Knicks are fun to watch again.
Report a correction or typo
Related topics:
sportsnew york yankeesnew york metsnew york jetssportsnew york giantsnew york knicks
Copyright © 2022 WABC-TV. All Rights Reserved.
TOP STORIES
EMT shot in ambulance by alleged drunk patient on Staten Island
9-year-old girl killed in NYC had bed dropped on head, prosecutors say
No changes to NYC mandates; several NYC judges COVID positive
Man walks at NYU graduation after bike accident left him in coma
Bear safely removed after getting stuck in tree in NJ
AccuWeather Alert: Wet start and a sunny afternoon
Man charged in Buffalo supermarket shooting due back in court
Show More
Driver killed, 2 others hurt in Bruckner Expressway crash in Bronx
World shares sink after inflation driven retreat on Wall St
Red Cross registers hundreds of Ukrainian POWs from Mariupol
20-year-old shot to death after motorcycle sale gone bad in NYC
Biden invokes Defense Production Act for formula shortage
More TOP STORIES News