Woman falls on subway tracks after being violently attacked in station 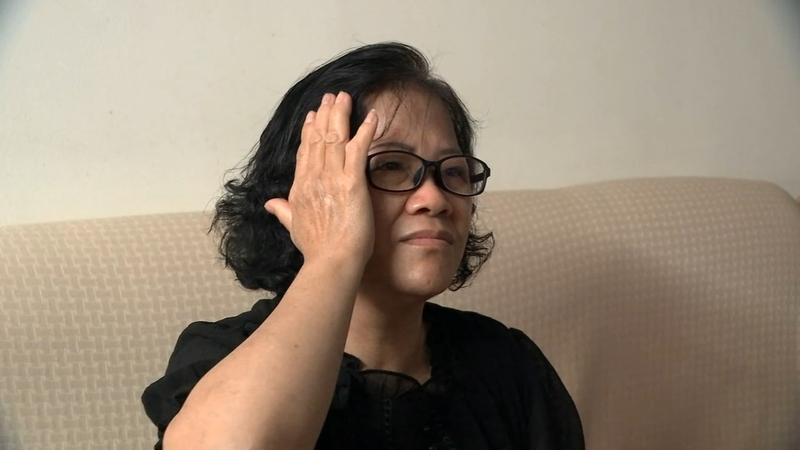 Woman violently attacked, falls onto the tracks at Union Square

UNION SQUARE, Manhattan (WABC) -- It was 10 on Sunday morning and Xing Zhou, 59, was on her way to church when police say a man violently hit her on the head, causing her to lose her balance and fall on the tracks at the Union Square subway station.

Thankfully, two bystanders helped her to safety and waited with her until help arrived.

Eyewitness News interviewed Zhou with the help of a sign language interpreter.

"When he hit my head, my glasses fell off," said Zhou.

Police quickly arrested Vladimir Pierre, 41. He is accused of sucker punching another woman at another subway station just four days ago. Pierre, who is described as homeless, was given a desk appearance ticket and let free to roam the subways again.

Zhou has no idea if Pierre hurled any anti-Asian slurs. She can't hear, but is multilingual and is fluent in Chinese, Korean and American Sign Language.

She tells Eyewitness News she has never felt afraid before, and despite this random attack, she will continue riding the trains.

The NYPD released video showing officers wading into floodwater inside a Queens building as they attempted to rescue a family that lived inside.