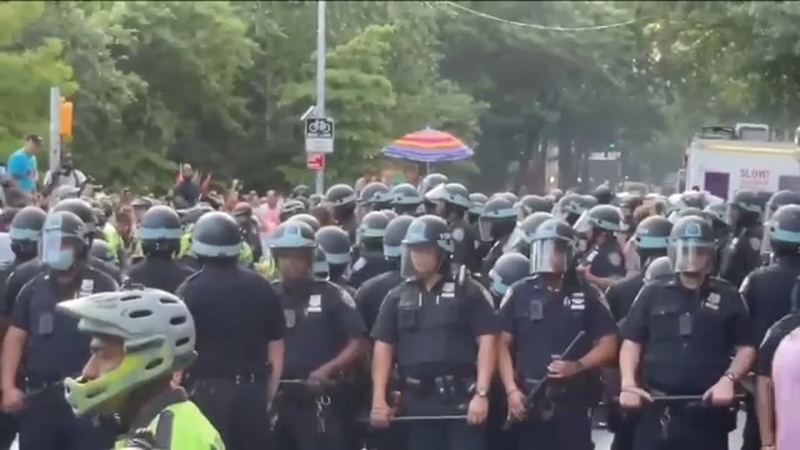 GREENWICH VILLAGE, Manhattan -- The lazy days of summer were on display at Washington Square Park on Tuesday, but Sunday was a different scene.

"There were just dozens and dozens of police officers," said Jay Walker.

Walker calls it an 'outsize antagonistic police presence' -- officers positioned on Fifth Avenue by Washington Square Park, where many people had gathered after the Reclaim Pride March on Sunday -- an alternative march that is off-limits to corporations and cops.

"Once again we were set upon by the NYPD and their strategic response group," said Walker.

"There was no public safety issue that we needed the police -- they instigated violence yet again," said lawyer and activist Ash Tifa.

The police allegedly pepper-sprayed some people, and four people were arrested for disorderly conduct.

"After they handcuffed her, the police started dragging her across the pavement," added Walker.

Now, there are calls for the NYPD to disband its strategic response group, or at least stop using it for protests, particularly protests by people of color and marginalized groups.

"They know their presence at protest marches is a provocation, and to my mind, they use that," said Walker.