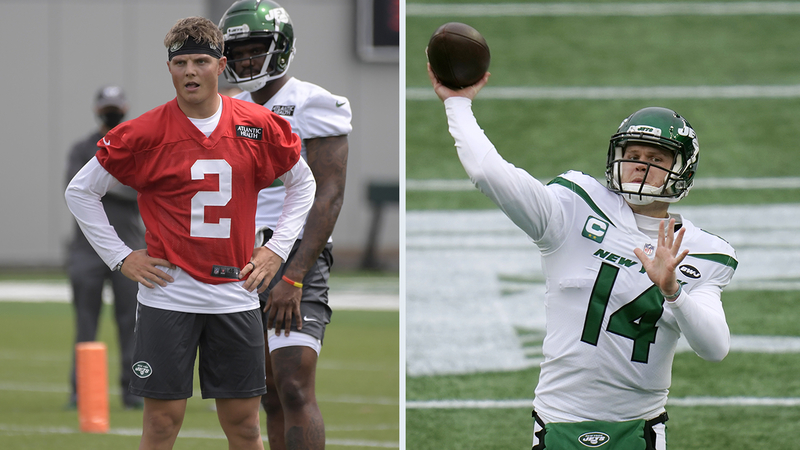 NEW YORK (WABC) -- The New York Jets will open the 2021-2022 NFL season with a visit to Carolina to face the Panthers, which means new quarterback Zach Wilson will square off against former starting QB Sam Darnold.

The Giants, meanwhile, will host the Denver Broncos.

Other notable Week 1 games include the Green Bay Packers, who are mired in uncertainty surrounding quarterback Aaron Rodgers, playing at the New Orleans Saints, who will have a new quarterback after Drew Brees' retirement.

The Cleveland Browns will head to Arrowhead Stadium to face the Kansas City Chiefs.

The first Monday Night Football game of the season kicks off on September 13 with a terrific matchup as the Las Vegas Raiders host the Baltimore Ravens.

The Ravens have been a playoff team in each season since they drafted quarterback Lamar Jackson in 2018.

The Raiders, meanwhile, are hoping to make the playoffs for the first time in coach Jon Gruden's four-year tenure. The matchup is expected to mark the first regular-season game with fans in attendance at Allegiant Stadium, which opened in 2020 during the coronavirus pandemic.

Starting at 8 p.m. ET, fans can visit nfl.com/tickets to purchase single-game tickets.
The NFL has added an extra season game this year with a goal of filling stadiums with fans this fall.

Want to the see schedules for all 32 teams? ESPN's got you covered.