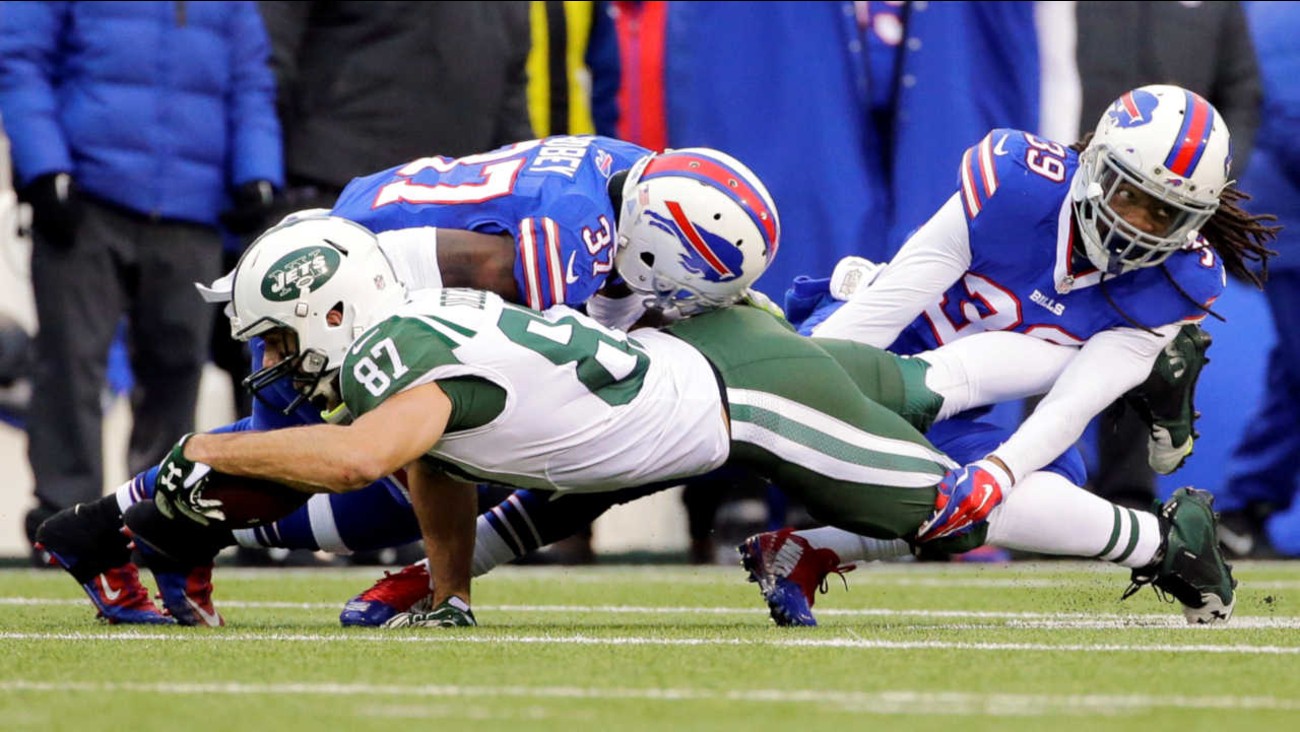 ORCHARD PARK, New York -- Ryan Fitzpatrick threw interceptions on each of New York's final three drives and the Jets' playoff hopes were dashed with a 22-17 loss to the Buffalo Bills on Sunday.

The Jets (10-6) would have made the postseason for the first time since 2010 with a win, but the defeat combined with the Pittsburgh Steelers' 28-12 win at Cleveland ended those hopes. New York had a five-game winning streak stopped, and it came against former Jets coach Rex Ryan, who was fired by New York and hired by the Bills (8-8) last January.

Fitzpatrick, who had thrown just one interception in the Jets' winning streak, was picked off by Leodis McKelvin in the end zone early in the fourth quarter with New York driving.