2 rescued from roof after man was barricaded in Newark warehouse 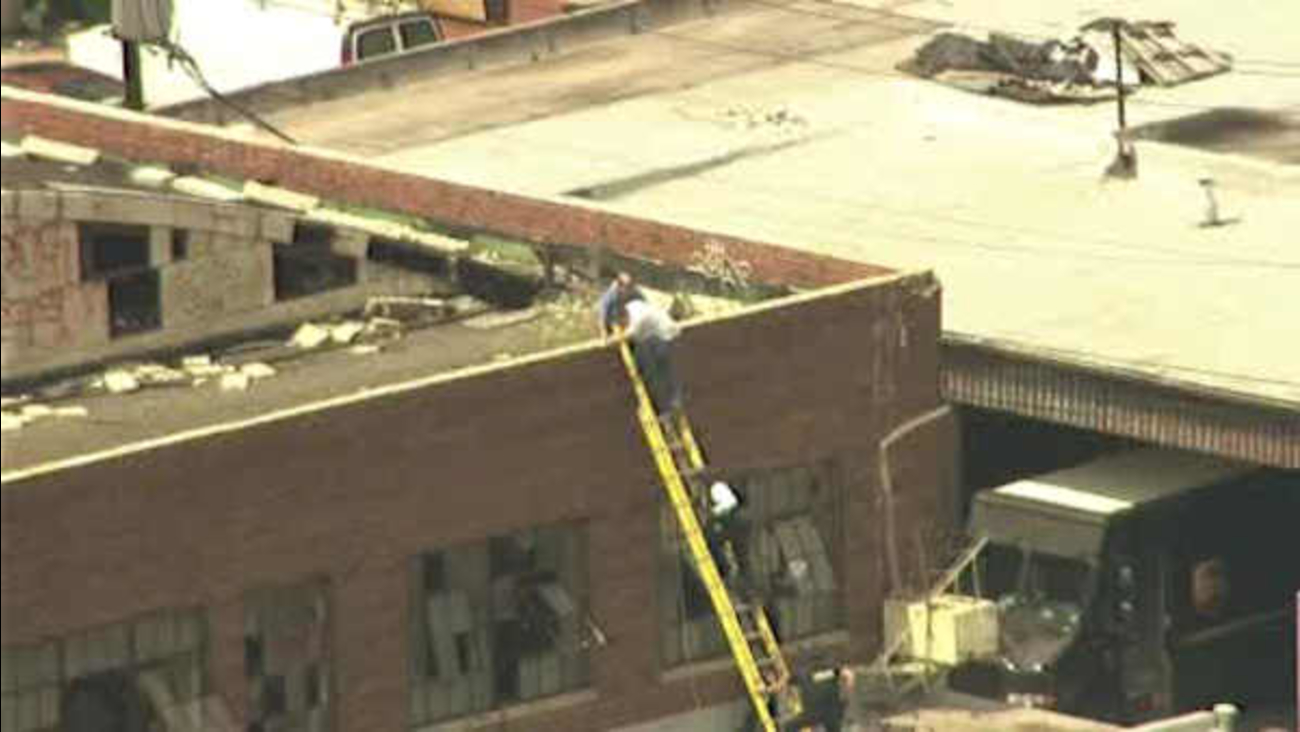 NEWARK, New Jersey (WABC) -- Police say two people were rescued from the roof of a Newark warehouse Friday following a confrontation with an armed homeless man.

The incident unfolded at 451 Frelinghuysen Avenue. A suspect is in custody.

The two rescued are the new owners of the building. They were not hurt.

They were doing a walk-through of the building when they said they were confronted by a squatter with a shotgun.

They went to the roof and called police.

After several minutes, members of the SWAT team entered and took a man into custody.