Fire burns through Newark building and spreads next door 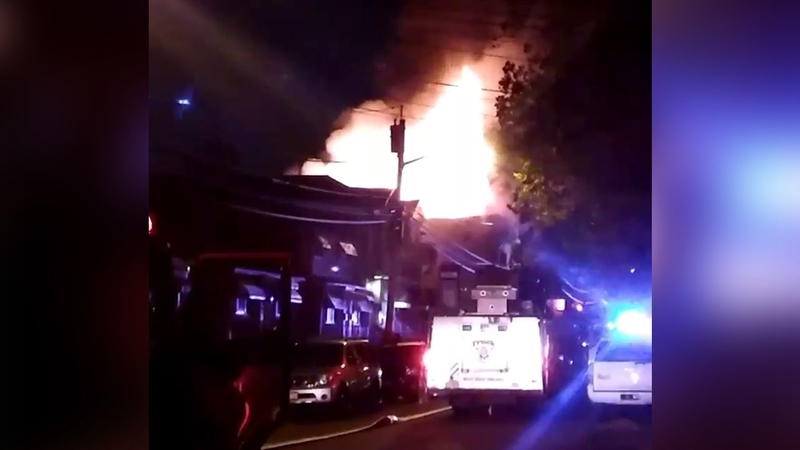 NEWARK, New Jersey (WABC) -- A two-alarm fire burned through two buildings in Newark on Monday afternoon, and flames could be shooting through the roof.

The fire broke out just before 5 p.m. in a building on Telford Avenue at South Orange Avenue.

The building is said to consist of stores on the lower level with apartments above.

It's not yet known how the fire started, but it eventually spread to the building next door.