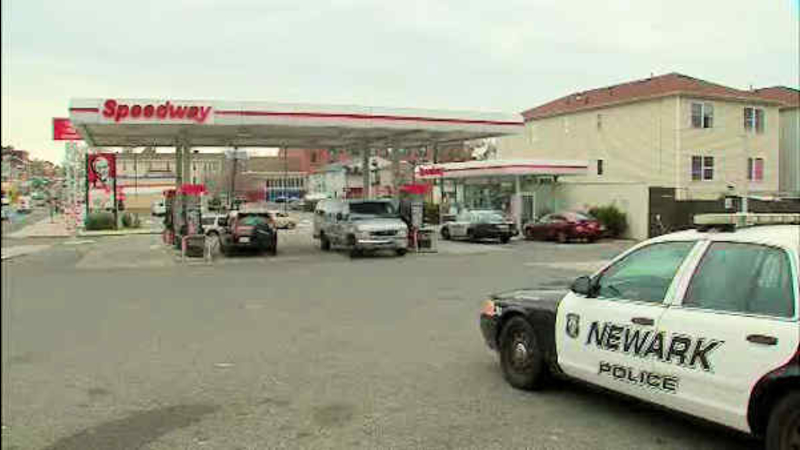 NEWARK (WABC) -- Police in Newark are investigating a string of gas station robberies.

There is good surveillance video from another one of the crime scenes, showing the suspects driving up in a late-model Infinity vehicle and moving in quickly to target the gas station workers.

The suspect jumped out of the car, but he was hidden by another vehicle getting gas. That driver apparently took off when he realized what was happening.

The suspect is then seen jumping back into the car, which starts to drive off the suspect can completely close the door. The getaway driver then comes dangerously close to hitting another car while trying to escape.

Detectives are looking for two male suspects, at least one of whom is armed.

Detectives are following up on multiple leads as the investigation continues.