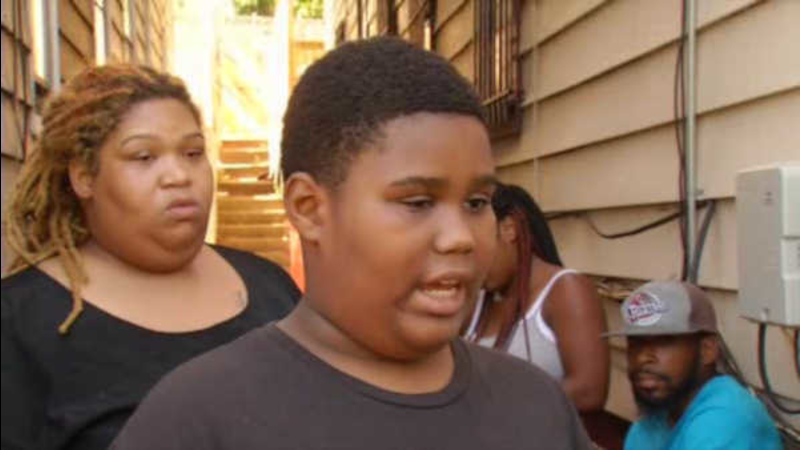 NEWARK, New Jersey (WABC) -- There is no denying that 10-year-old Legend Preston is big for his age. The shy fifth-grader who loves math was shaken to the core when Newark officers with their guns drawn allegedly chased him down an alley because they thought he was a suspect in an armed robbery.

"Some police started coming this way with guns pointed at me, and then I ran into the backyard," Legend says.

Just before that, Legend was shooting hoops at a basketball court when the ball rolled into the street. Legend ran after it, and thought the officers were chasing after him for running into the street without looking.

"I ran because they thought that I rolled the ball into the street on purpose, and they were just holding shot guns at me trying to shoot me," Legend adds.

The Newark Police say they did have their guns out but never pointed them at the 10-year-old while they were in the alley. Witnesses intervened, telling the officers the person they detained was a child.

Legend's mom was in the house when the incident happened, and knows the matter could have ended tragically. She posted a video of a 'petrified' Legend on her Facebook page.

"These policemen who had guns drawn on my child are still on these streets," said Patisha Preston.