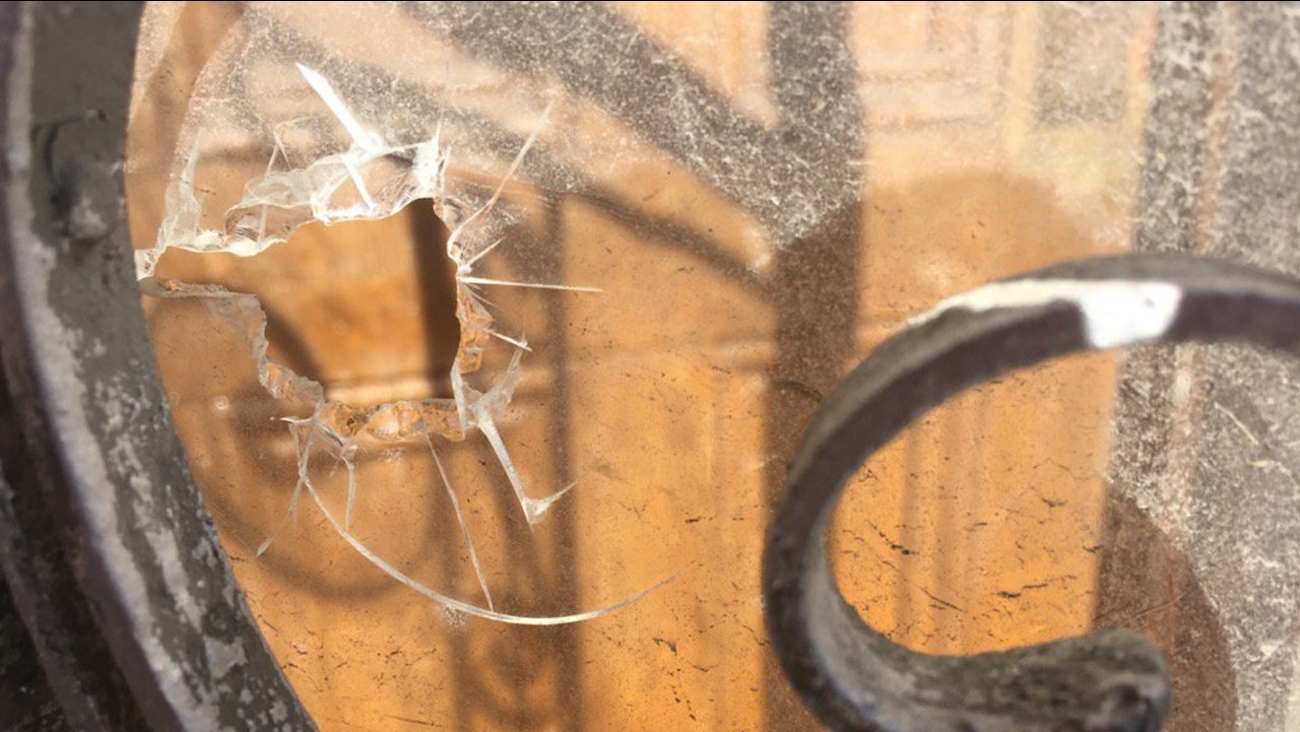 NEWBURGH, New York (WABC) -- Police in Orange County are looking for a suspect in the shooting of an 11-year-old girl.

Investigators say she was struck by a stray bullet in the area of Liberty Street and Benkard Avenue in Newburgh at about 10:30 p.m. Friday after an unknown shooter had fired several shots in the area.

The victim and her mother returned to their home Monday afternoon anxious to put the shooting behind them, opening the same front door that bears the bullet hole that grazed the young girl's hip.

"For me, it makes me angry," her brother, Michael Robinson said. "For my mom, it's very terrifying...Honestly, (my sister) was acting like normal, but I know she is scared."

Police and the victim's brother say his mom and sister were exiting a cab after a trip to the grocery store when gunshots rang out. In the rush to get safely inside, the mother fell, and her daughter came to the rescue.

"My mom had fell and my sister was in the house," Robinson said. "My sister came back out, and then my mom, when she got up the stairs, she grabbed my sister and tried pushing her into the door. And that's when she got hit."

"I was in the house," neighbor George Powell said. "I was watching TV with me and my girlfriend. It was like 10, 11 shots. It was ridiculous."

Police are still looking for the gunman who fired the shots, which pierced the front windshield of a minivan before shattering the rear window. Across the street from the victim's house, another sedan had a bullet hole in the rear bumper.

"It's messed up," neighbor Derrick Williams said. "It's messed up when you can't walk through your own neighborhood without getting shot at, while you're taking groceries into the house. That's messed up, really."