Mom watches cruise sail away with kids on board 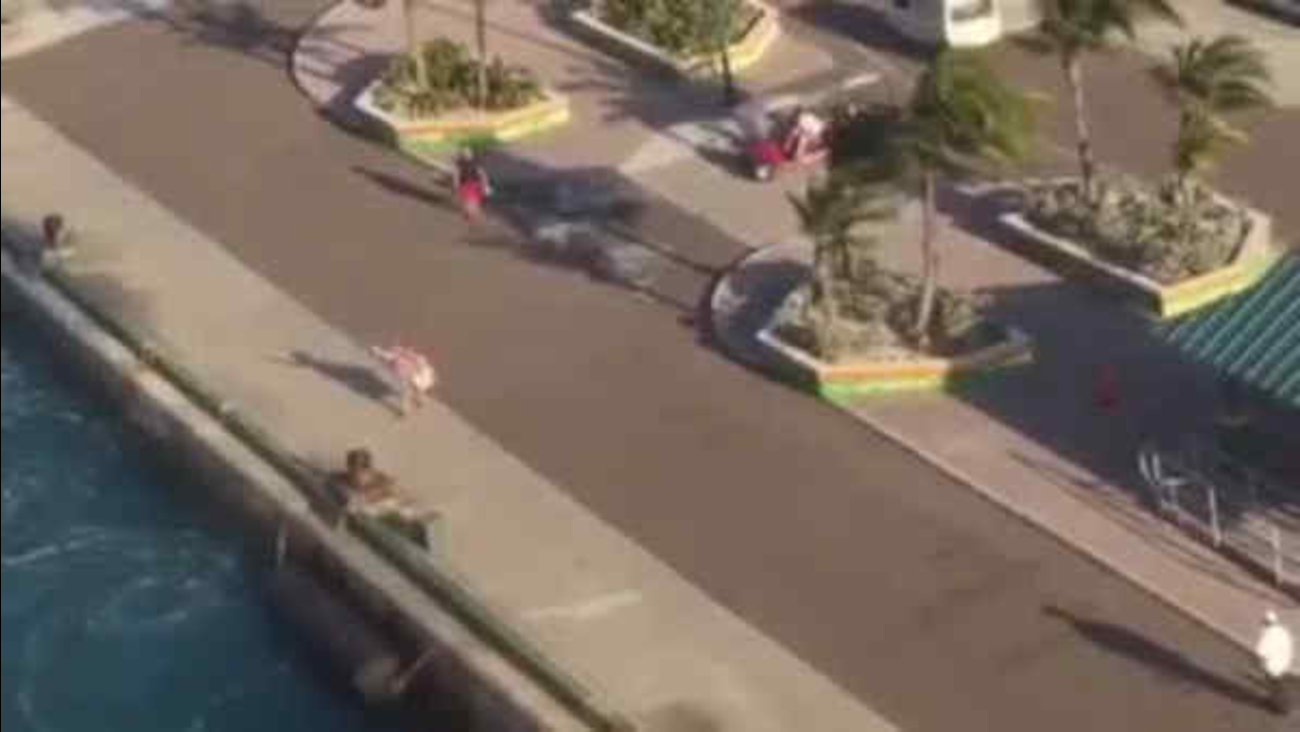 BAHAMAS -- A distraught mother looked on in horror as a cruise ship left her behind, sailing from its dock in the Bahamas with her children on board.

Video taken by a passenger on board the ship shows the mother after she dropped to her knees with her hands in the air, apparently screaming, "My kids are on here!" according to the narrator who filmed the incident.

"You see that right there? That is someone that has missed the boat," the narrator says. "And, apparently, she has her kids on the boat, and she's not on there."

The ship, the Norwegian Breakaway, was sailing a seven-night cruise, beginning in New York on April 17, when it stopped in Nassau, Norwegian Cruise Line said in a statement. On Thursday, the mother did not return to the ship by the "widely communicated scheduled all aboard time of 5:30 p.m.," the company said.

Cruise staff located the woman's husband and her children on board the ship but were unable to reach her and did not know when she was returning, according to Norwegian. After the ship waited an extra 30 minutes for her, her husband agreed to disembark with their travel documents to wait for his wife while the children stayed on board with their uncle and his family for the remainder of the trip.