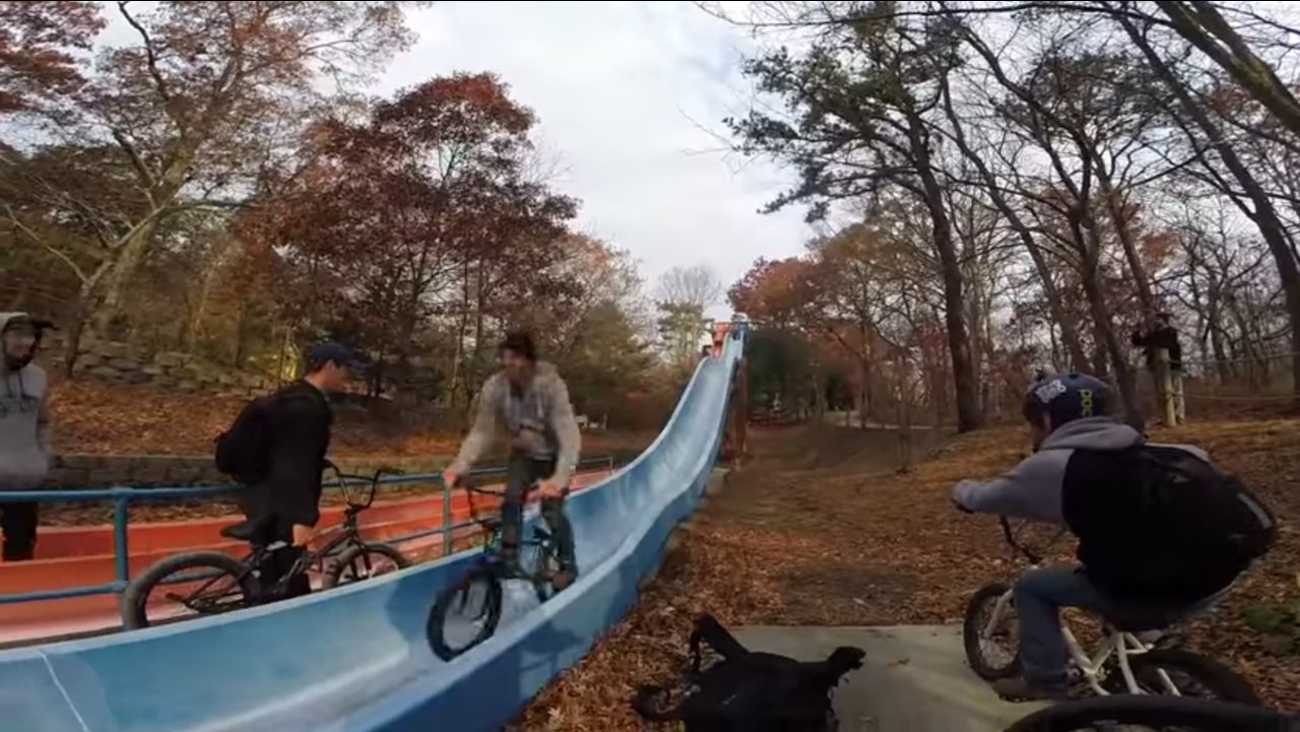 "That was the most savage session in a long time," he said. "It's one of those things people say they want to do but they never do it. But we did it."
Related topics:
calvertonlong island newsamusement parkbicycle
Copyright © 2021 WABC-TV. All Rights Reserved.
More Videos
From CNN Newsource affiliates
TOP STORIES

Mother reunites with 2 sons after being separated by ICE
2nd 19-year-old arrested in stray bullet shooting death of mom of 2
AccuWeather: Bright and breezy
Mom, who was expecting 7 babies, gives birth to 9
COVID Updates: Vaccinated NYSE traders can go unmasked, but not on the floor
Show More
Paterson Public Schools announce 1st dates in reopening plan
Woman, 94, loses tax exemptions when she is assumed dead
NY Yankees, Mets to reopen stadiums with different capacity rules
Back on Broadway! Great White Way gets date to restart shows
How you can help India during its COVID-19 crisis
More TOP STORIES News