It happened around 6 p.m. Saturday on Walnut Street. Police say a group of juveniles started randomly assaulting pedestrians in the area.

Rattled by the sudden burst of violence, Dwight Magwood ran into a nearby store to escape the melee.

"I heard a lady screaming. They were down there, all down there fighting. Me and a couple other people had dipped off into Urban Outfitters, and they locked the doors," said Magwood.

As the violence unfolded, police say an off-duty Philadelphia detective saw a 21-year-old man being attacked and moved closer to intervene, but the group fled.

As the detective walked back to where his wife was standing, police say, he saw another group attacking two women, ages 20 and 21.

When the detective announced he was a police officer and moved in to arrest one of those attackers, several others started punching him.

That's when the detective's wife splashed water on one of those suspects to get him to stop punching her husband, and she was then punched in the face.

All those attackers then fled.

"It reminded me of a riot before," said Gary, homeless man.

Gary, a homeless man, sits steps from where one of the incidents unfolded.

"A bunch of cops were flying up on bikes, and as I came around the corner, a bunch of kids tried to run and the cops were going after them," said Gary.
EMBED More News Videos

Two teenage boys are in custody and more suspects are being sought after what police called a "flash mob" attack in Center City Philadelphia that left six people injured, including an off-duty police detective and his wife.

A short time later, police say, a 28-year-old man was attacked around the corner, on South 16th Street.

"It's just surprising, I had no idea," said Jesus Rodriguez of Rittenhouse.

And it's left those who live and shop in the area unsettled.

"I'm still surprised, but I could see it coming. The last couple of years you could see a change, a big change," said William Dodd of Rittenhouse.

In all, police say, six people were hurt.

Two of them declined medical attention. The others were treated at Thomas Jefferson University Hospital.

The most seriously injured was the detective, police say. He suffered a fractured eye socket.

Police took two 16-year-old boys into custody. They are facing assault charges in connection with the attack on South 16th Street.

Investigators say they are working to gather video and other evidence they hope will lead to arrests in the other attacks. 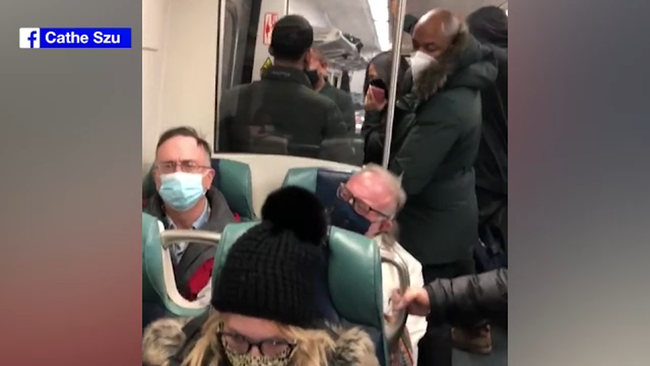