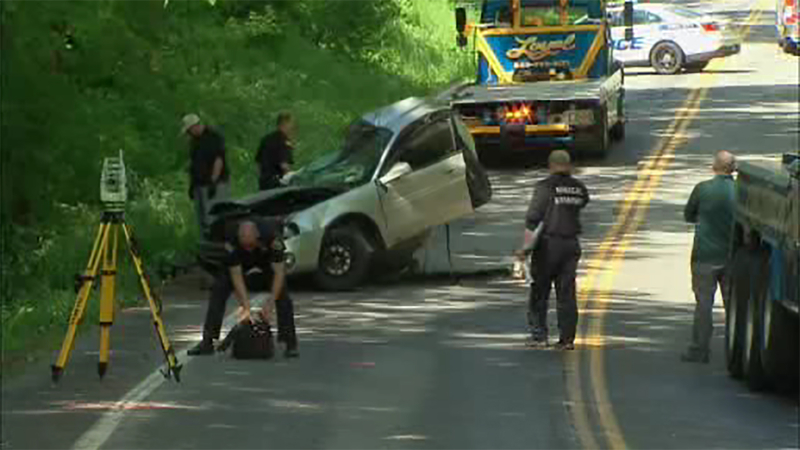 The car went off the road at the intersection of Smith Clove Road and Mineral Springs Road in Highland Mills, which is part of the town of Woodbury.

Police got a call at about 10:52 a.m. from a passerby who said they saw a silver car about 50 feet into the woods.

Police responded and confirmed the two victims, a male and a female, inside the car. According to police, both victims were in their late teens/early 20's. The female was the driver.

Hours after the accident, the mangled vehicle was pulled from the woods, an unrecognizable mess of twisted metal and broken glass.

The force of the crash was such that the bodies of the victims had to be cut out of the car.

The Pontiac Grand Prix was barely visible from the roadway, but someone driving by noticed it and called 911.

"Somebody called, the accident had already occurred," said Woodbury Police Sgt. John Burke. "We're not sure how long the car had been there."

A state police accident reconstruction team was sent to the scene as investigators try and determine the cause of the crash, though police say speed appears to have been a contributing factor.

The road is notorious for speeding and accidents.