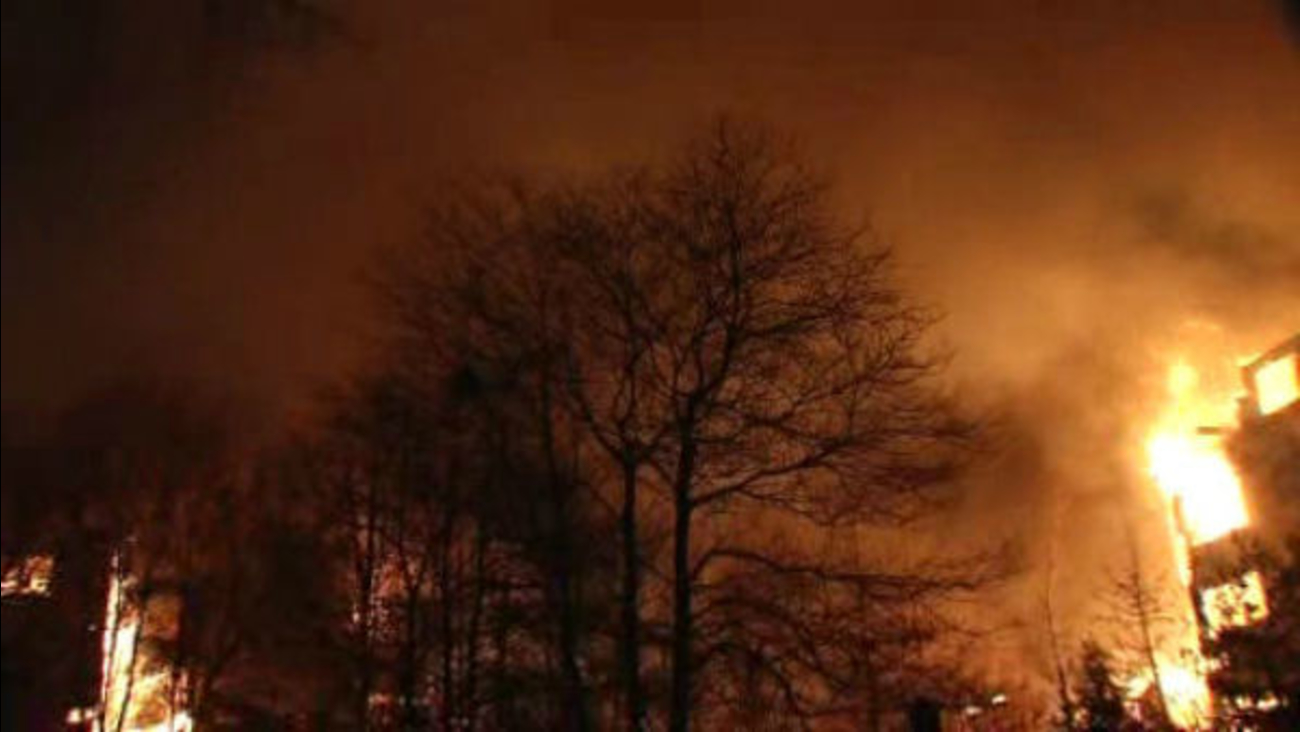 TRENTON -- The fire that destroyed most of a large apartment complex in northern New Jersey last month has prompted talk of legislation to toughen building codes, an effort that would butt up against long-established building practices such as the use of lightweight wood.

The Jan. 21 blaze tore through the Avalon at Edgewater along the banks of the Hudson River, displacing about 1,000 people and destroying 240 apartment units. Authorities said the fire was started accidentally by workers using a blowtorch during plumbing repairs on the complex's first floor. There were no fatalities or serious injuries.

Fire officials who responded said the fire was worsened by lightweight materials, such as engineered wood, and by an open, truss roof style. One state legislator, Republican Assemblyman Scott Rumana, proposed a bill this week that would put a freeze on permits for new multi-family homes that use lightweight wood.

Changing the types of materials used in building apartment complexes similar to the Avalon would be a significant departure. The type of lightweight wood used to build the Avalon and countless other buildings around the country dates back to the 1970s, said Daniel Madrzykowski, a fire protection engineer with the National Institute of Standards and Technology, a part of the U.S. Department of Commerce.

"All wood burns; it doesn't matter if it's solid wood or little chunks glued together," Madrzykowski said. The difference, he said, is that a solid piece will take more energy from a fire to ignite and will burn longer before it loses its strength.

There has been no indication that developer AvalonBay Communities violated any building codes or that the Avalon's sprinklers weren't working, though fire officials have said the codes didn't require sprinklers in rooms under a certain size. Wisniewski said he'd like to see them required in all areas.

Marcus Marino, a New York-based architect and developer who has consulted on New York City building codes, said he's surprised that the fire spread in a building equipped with sprinklers.

"We need to know, were the systems working? What architectural codes was the building built under? And was it built according to the architect's plan?" Marino said.

Building codes in New Jersey are reviewed and updated every three years. The state is required by law to adopt the national model codes published by the International Code Council, developed with input from insurance companies, firefighters, developers and other stakeholders.

The state's proposal to adopt the 2015 national model codes was published last month, and a public comment period ends next month, said Tammori Petty, spokeswoman for the state Division of Community Affairs.

Legislation can be a more nimble way to modify building codes. In the past, for example, legislation has required that buildings in New Jersey have carbon monoxide detectors. Assembly Speaker Vincent Prieto, a Democrat and fire code official, said lawmakers hope to have concrete proposals to discuss with DCA in the next few weeks.

He and others stressed that there are a variety of fire safety measures to be reviewed, including sprinklers, wall materials, alarms and barriers between floors or sections of a building to keep fires from spreading. Wisniewski called for automatic alarm systems that notify fire officials immediately; at the Avalon, a preliminary investigation determined that the workers tried to subdue the blaze themselves and didn't call 911 for about 15 minutes.

AvalonBay Communities didn't comment Friday, but referred to a previous statement that the complex was built with "wood frame construction, a standard, common, and safe construction method for multifamily housing used throughout the United States."