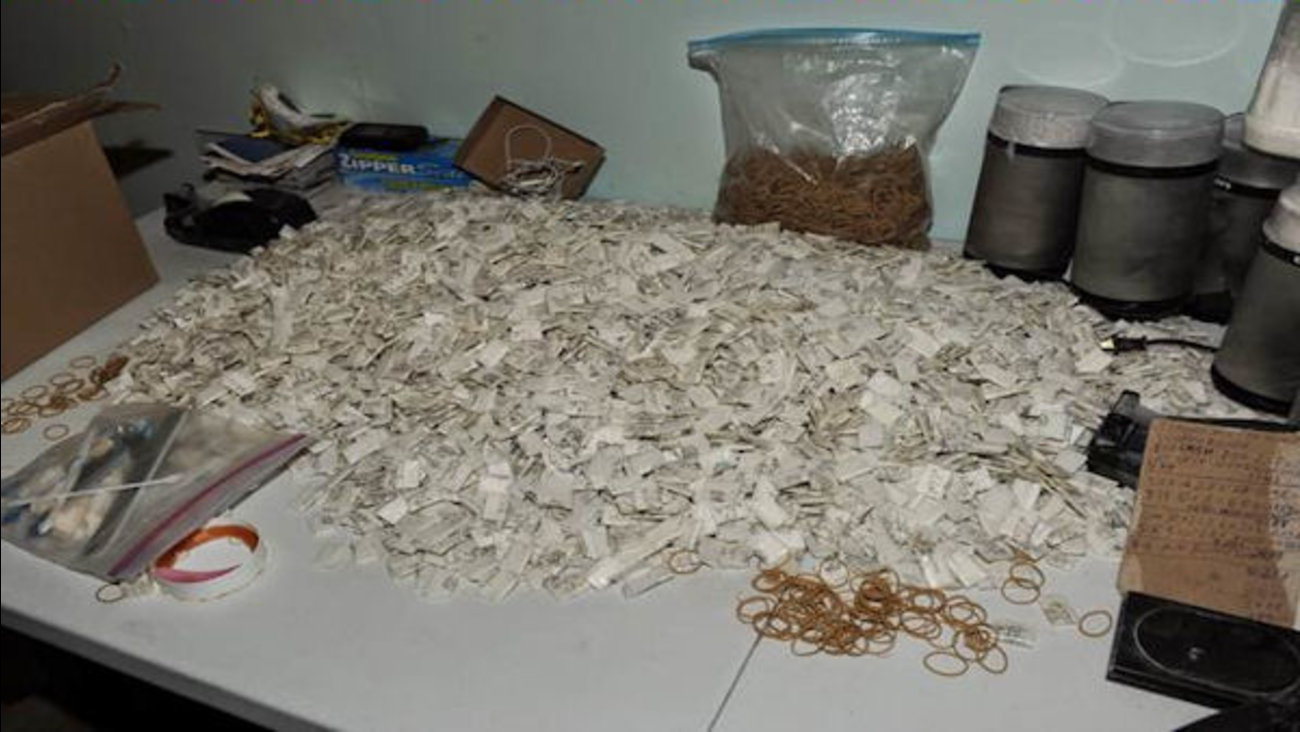 The investigation, which began months ago, led the New York City Police Department to a Bronx apartment.

Police recovered more than 140,000 glassine envelopes of heroin, about 500 grams of powdered heroin and assorted paraphernalia including empty glassines, grinders and filter masks in the Fordham Heights apartment. The 12 people were charged with felony possession of narcotics.

"This is obviously a legitimate heroin mill," said NYPD Inspector Charles McEvoy. He added that the narcotics were ready to be shipped out.