7 On Your Side: How to avoid your own moving mess 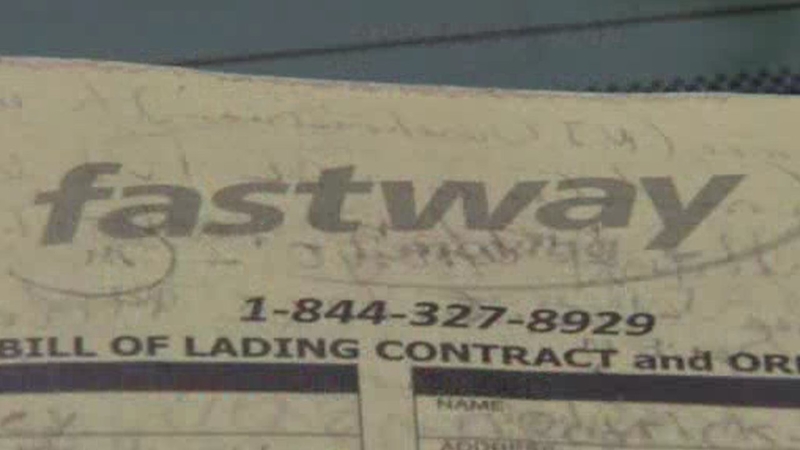 KEARNY, New Jersey (WABC) -- July is the middle of the high season for moves. But a group of people in New Jersey are stuck and steaming and waiting for their goods. Here's how to avoid your own moving nightmare.

Customers of one New Jersey company say their stuff has vanished. They watched as their lives got boxed up and loaded onto trucks, never thinking that would be the last time they would see their items.

After paying thousands for moves and storage, they fear this company "Fastway" pulled a fast one.

The door to Fastway Moving is locked and the signs been ripped off.

"My sense is it's gone." Patrick Buckley hired Fastway Moving last summer to move and store the contents of his twin brother's apartment.
But when he never got billed for storage fees, then got an invoice for double the storage rate he got suspicious.

"That's when the flags started to go off probably around March," Buckley said.

Buckley demanded to see photos of his belongings, and finally got these pics showing wrapped furniture and boxes bearing his name. Fastway kept promising, but never delivered.

The Santos family can't even get pictures of their items.

"They keep postponing delivery they say it's on it's way, they never admit the stuff is gone," Nicholas Santos said.

They hired Fastway to move from Brazil to Bloomfield. The company packed up contents of their home last October.
7 On Your Side learned Fastway lost its license to do moves within New Jersey last year. And the U.S. DOT slapped Fastway with a $50,000 fine for 15 outstanding violations, issuing an "out-of-service" order, meaning Fastway isn't allowed to do interstate moves.

We went looking for their family's items and Buckley's at a new address for Fastway in Kearny, New Jersey. 7 On Your Side was told the moving company's been evicted and the New Jersey State Attorney General is investigating.

The industrial park landlord said Fastway pulled a fast one on them too by skipping out on the rent.

Late Wednesday, 7 On Your Side heard from Fastway. The representative said they're having internal logistical problems, but apologized and vowed to deliver all customers' goods. It promised Buckley's items would be delivered this Saturday and the Santos' delivery would arrive before mid-September.