IS claims blast at Shiite mosque in Kuwait's capital 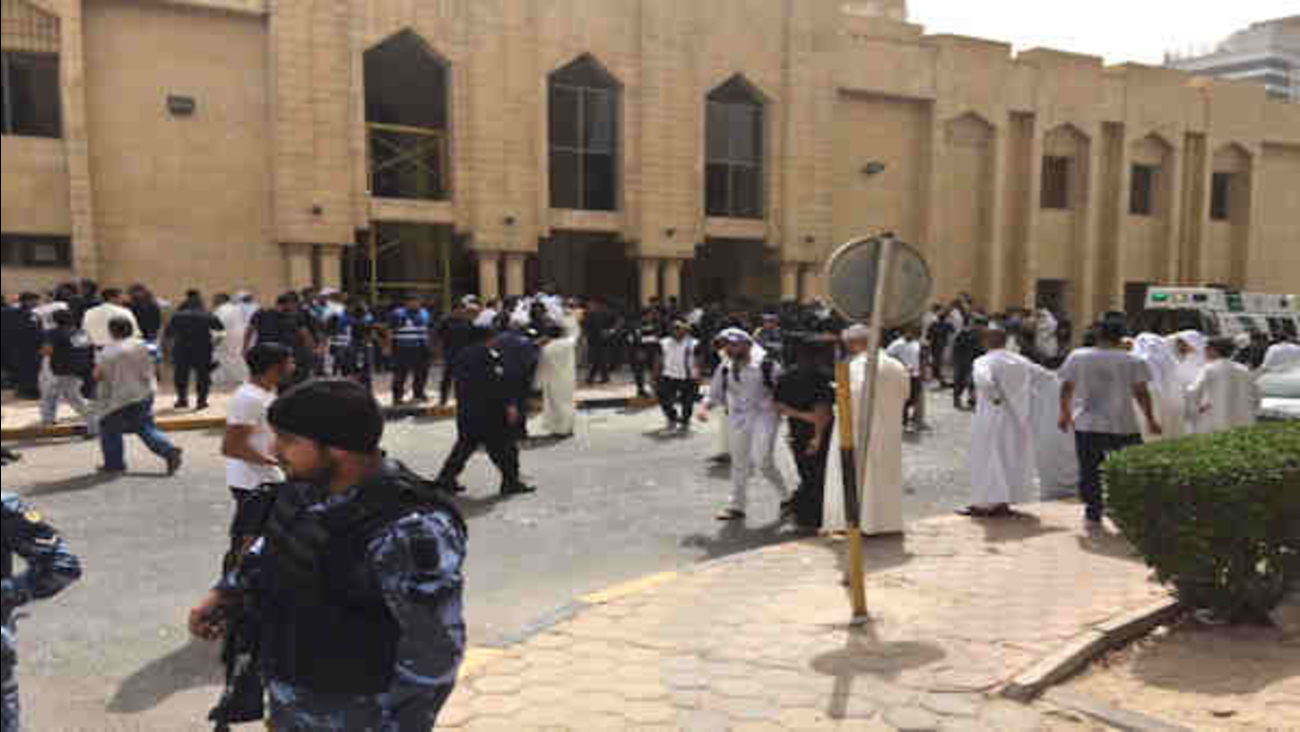 KUWAIT CITY -- The Islamic State group claimed responsibility for a deadly explosion that struck a Shiite mosque in the Kuwaiti capital after Friday prayers.

A posting on a Twitter account known to belong to the Islamic State group said the attack was carried out by a suicide bomber wearing an explosive belt. The attack was claimed by an IS affiliate calling itself the Najd Province, the same group that claimed a pair of bombing attacks on Shiite mosques in Saudi Arabia in recent weeks.

Friday's explosion struck the Imam Sadiq Mosque in the neighborhood of al-Sawabir, a residential and shopping district of Kuwait City. Paramedics on the scene said at least two people were killed, but the death toll was expected to rise. One eyewitness told The Associated Press that he saw at least 10 dead bodies. Police formed a cordon around the mosque's complex immediately after the explosion, banning people from entering or gathering near the area. Ambulances could be seen ferrying the wounded from the site.

"We couldn't see anything, so we went straight to the wounded and tried to carry them out. We left the dead," said witness Hassan al-Haddad, 21, who said he saw several dead bodies.

Abdullah al-Saffar, who was at the mosque, said the explosion took place just after midday Friday prayers. Friday midday prayers are typically the most crowded of the week, and attendance increases during the holy Muslim month of Ramadan, which started last week.

Another witness, Ahmad al-Shawaf, said worshippers were standing shoulder to shoulder in group prayer when the explosion struck near the door of the mosque, behind some of the worshippers. Al-Shawaf said the explosion took place near the end of a second prayer that is traditional to Shiites and that follows the main midday Friday prayer.

He said witnesses standing behind him said they saw a man walk in, stand in the back with other congregants and detonate his device.

Mohammed al-Faili, 32, said that his 70 year-old father was killed in the explosion and two of his brothers were also wounded. Speaking to the AP by telephone, he said he was not at the mosque at the time of the explosion but was heading to the morgue to identify his father's body.

The Islamic State group, regards Shiite Muslims as heretics, and refers to them derogatively as "rafideen" or "rejectionists." The IS Twitter statement said the bomber had targeted a "temple of the apostates."

Kuwaiti Justice, Religious Endowment and Islamic Affairs Minister Yacoub al-Sanna described the attack as a "terrorist and cowardly action which threatens our nation and works at tearing apart the national unity."

Al-Sanna told the official state agency KUNA that, the government would take all necessary measure to ensure protection of houses of worship. "Kuwait was and will remain the oasis of security and safety to all components of the Kuwaiti society and sects," he said.