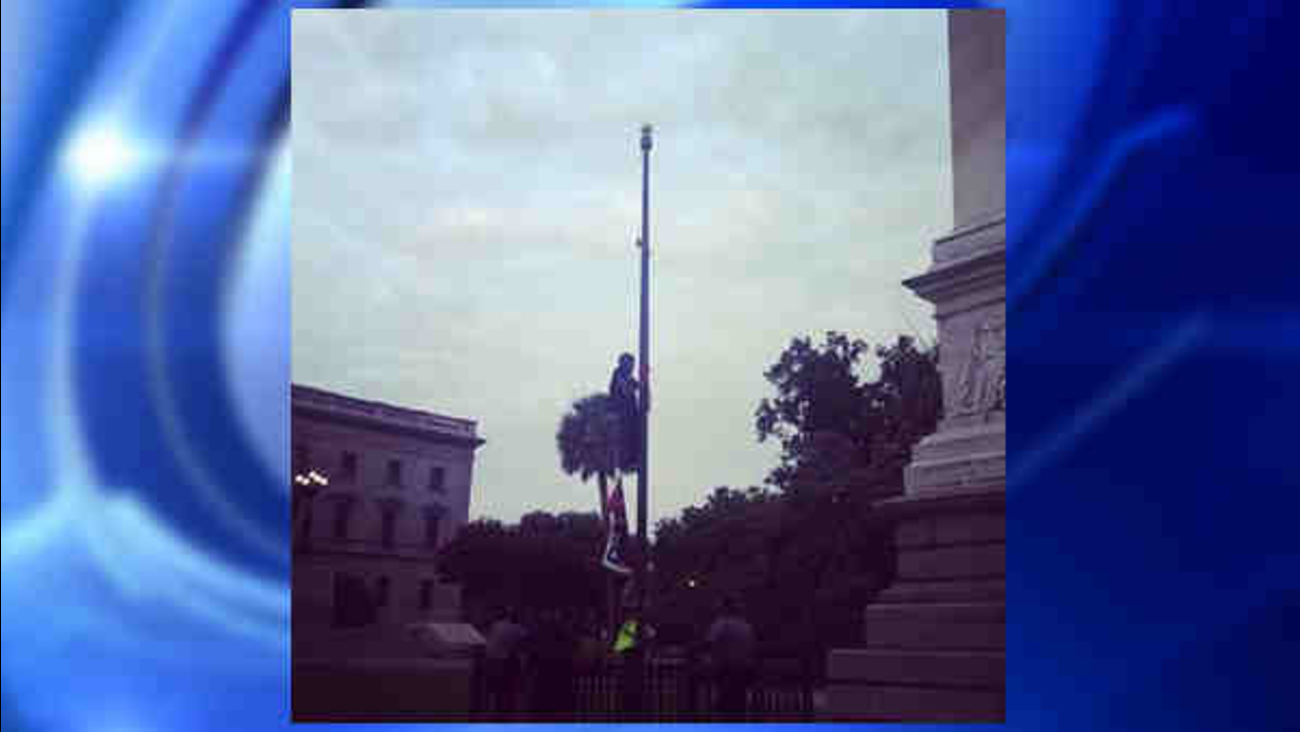 COLUMBIA, S.C. -- Two people have been arrested after the Confederate flag was temporarily removed from in front of the South Carolina Statehouse.

A BPS officer responded around 6:15 a.m. Saturday to reports that a woman was climbing a flag pole on the north side of the Statehouse, according to the South Carolina Department of Public Safety. He asked the woman, who was wearing climbing gear and halfway up the pole, to come down. She refused until she had unhooked the flag. Police arrested her along with a man who was inside the wrought iron fence assisting her.

Brittany Ann Byuarim Newsome, 30, and James Ian Tyson, 30, were charged with defacing a monument, which carries a fine of up to $5,000 and three years in prison.

The flag, which is protected by state law, was raised within an hour of being taken down. A rally by flag supporters was scheduled for later Saturday.