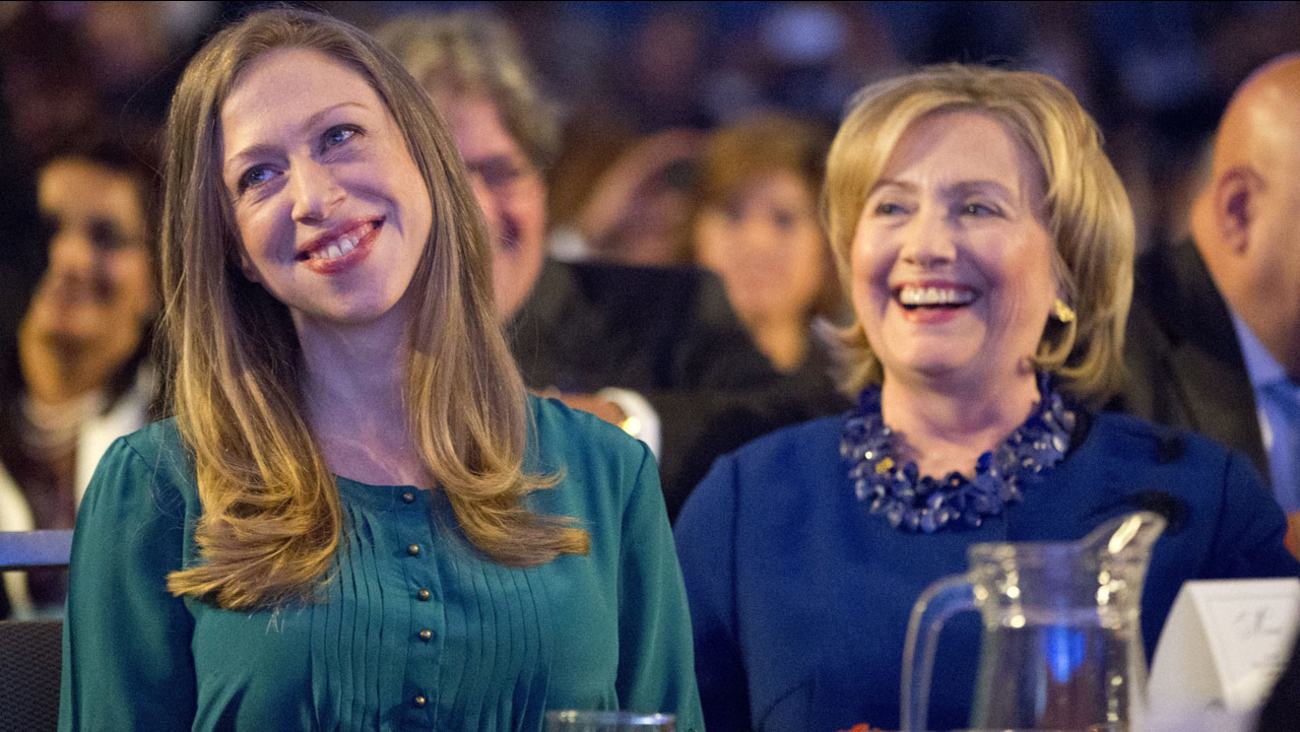 CHICAGO (WABC) -- There may be one more Clinton on the campaign trail this fall after Chelsea Clinton has announced that she is expecting a second child next summer.

"'Charlotte is going to be a big sister! Feeling very blessed & grateful this holiday season," wrote Clinton on Twitter Monday.

Next summer, Charlotte is going to be a big sister! Feeling very blessed & grateful this holiday season. pic.twitter.com/gpCGqcmeCq

Clinton posted pictures on Facebook and Twitter of her 1-year-old daughter Charlotte holding a book called "Big Sisters are the Best."

"We are feeling particularly blessed ad grateful this holiday season," she wrote on Facebook. "Being Charlotte's parents has been the most joyous, meaningful and loving experience of our lives and we are very excited about growing our family in the new year."

Your dad and I could not be happier for you, Marc, and Charlotte. We’re so excited to meet our second grandchild! -H https://t.co/hgTr07HBlr

Christmas comes early! @HillaryClinton and I are thrilled for Chelsea, Marc and Charlotte’s growing family in 2016! https://t.co/D1zCrrzXa2

Chelsea and Bill Clinton have said they plan to intensify their public political roles after the New Year in an effort to boost Clinton's campaign just six weeks before the first round of primary voting.

In a September interview on NBC's "Today," Chelsea Clinton said her mom was always game for singing "The Wheels on the Bus" to granddaughter Charlotte and was helping her learn to walk.

The younger Clinton is author of the book "It's Your World: Get Informed, Get Inspired & Get Going!" - an illustrated guide for young people looking to become involved in political and social causes.