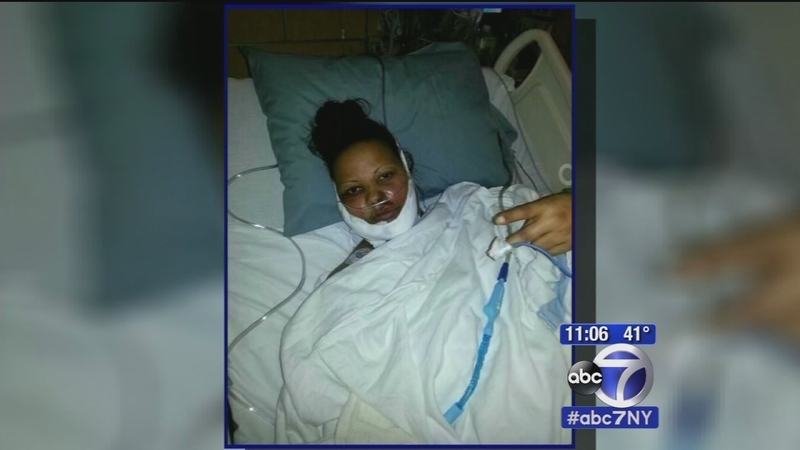 Correction officer shot in the face by husband fired from Rikers

NEW YORK (WABC) -- She was shot in the face by a fellow Rikers Island Correction Officer, and that man also happened to be her husband.

He was charged with attempted murder.

She was fired and she doesn't know why.

Now, Janine Howard is suing to get her job back.

"It's been a nightmare," said Janine Howard, a former correction officer.

Not many people could survive it, much less describe the sensation of being shot in the face.

"Next thing I know I hear, I feel a, a loud shaking like thunder in my head. And my head just shook so hard I had no idea what happened or what it was," Howard said.

Back in December of 2013, Howard was on the last day of her probation as a Rikers Island Correction Officer.

On that day, she says she asked her husband Brian Martin, a captain at Rikers, for a divorce. He responded, cops say, with his gun.

And a year and a half later, she is still dealing with the aftermath of that day.

"Jaw bone is gone, I have plates in my face, my right eye has been totally reconstructed, I have hearing loss, I have constant ringing in my ear," Howard said.

By any measure, Howard has suffered enough, but as she recovered in a hospital bed, her nightmare was just beginning.

Maldonado says during Howard's medical leave, she received a letter, congratulating her for passing her probation and becoming a tenured correction officer. "Best wishes for continued success," it said.

But months later, the city claimed Howard was still on probation and summarily fired her.

"There's no way I can support my daughter. I have a small daughter. That was my career, my career path. And to have someone take it from me, it's unbearable," Howard said.