Creepy clowns in the woods under investigation in New Jersey town

Phillipsburg police report a child was chased by three people who jumped out of the woods dressed as clowns Sunday night at 8 o'clock in Walters Park.

Four clown incidents have happened in town. No one has been hurt, and people are hoping it stays that way.

"I hope whoever's doing this just stops because some people are really getting nervous," said Phillipsburg resident Ally Duddy.

That has the city taking this seriously.

"I need everybody to remain calm, I believe our police department is effective and will take care of this matter in a very prompt manner," said Phillipsburg City Council President Todd Tersigni.

The creepy clown in the woods stunt has hit more than a half dozen states in the past few months.

Police in Newman, Georgia recently arrested a man dressed as a clown, out trying to scare people.

Now there have been four incidents in two days in Phillipsburg.

"I think it's a prank but it could spiral out of control," said Amanda Alvarez.

"If it's younger people, they need to be educated on why not to do it. I don't think it should be severe penalties," said Phillipsburg resident Rodney Smith.

Even if it is a teenage prank, the worry is this could get out of hand when you're talking about parents worried that someone might harm their child.

"And that's what I think, if a clown comes against an aggressive person, you see on Facebook people saying if I see it I will beat that clown up. It could turn into more trouble," said Duddy.

Councilman Tersigni says police have stepped up patrols, trying to figure out who's behind it before it does get out of control.

"It's a situation that can have red flags, but I believe it's just a matter of time before it's taken care of," he said.
Related topics:
phillipsburgnew jersey newsclowns
Copyright © 2020 WABC-TV. All Rights Reserved.
CLOWNS 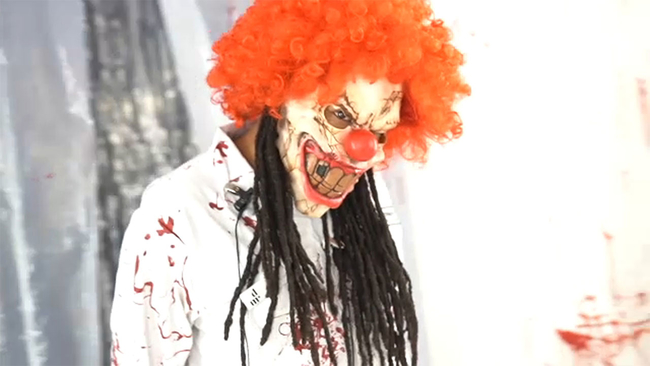