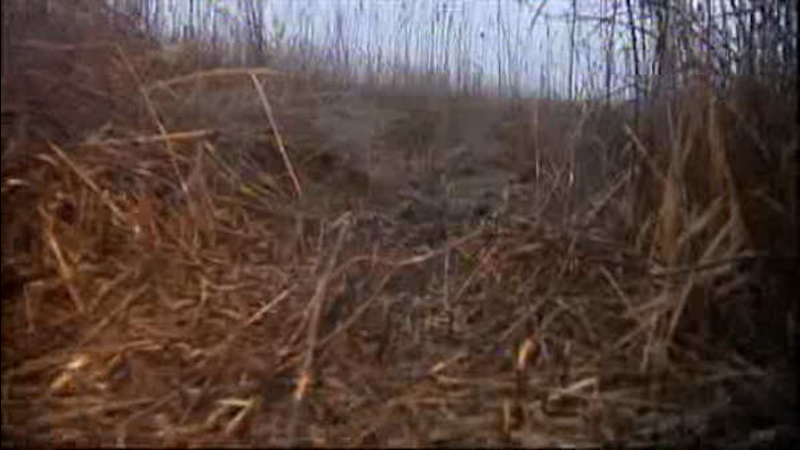 Investigators have used DNA to match those parts to a torso found in Hempstead Lake State Park in Rockville Centre back in 1997.

The torso has been referred to as "Peaches" because of a tattoo on the female victim.

The DNA link was updated in a national government database of unidentified people called NameUs.

The woman has never been identified.

The search for a sex worker who disappeared near a remote stretch of Oak Beach revealed a suspected serial killer's dumping ground back in 2011. Shannan Gilbert vanished in May 2010 after fleeing the home of a client, and the subsequent search led to the surprise discovery of 11 sets of human remains.

No suspects have ever been arrested or identified in any of the killings, but investigators believe a possible serial killer - perhaps more than one - is responsible.
Related topics:
rockville centremurdergilgo beachbody found
Copyright © 2021 WABC-TV. All Rights Reserved.
TOP STORIES
NYC voters head to the polls, all eyes on mayoral race
What to know about voting in NYC's mayoral primary
NYC elections: What is ranked choice voting?
When will we know who wins NYC's mayoral primary? Maybe not until July
Here's why each of the 8 Democrats say they want to be mayor of NYC
AccuWeather: Scattered showers and cooler
Golden Retriever Chunk, missing for 2 weeks, rescued from Barnegat Bay
Show More
Tourist punched, hit with bottle in unprovoked assault on subway
Man fatally shot in BMW over $3,000 chain in Upper Manhattan
COVID Updates: Cruise line reveals strict protocols for unvaccinated
Group of burglars steal 6 vehicles from Newark dealership
Connecticut governor signs bill legalizing recreational marijuana
More TOP STORIES News