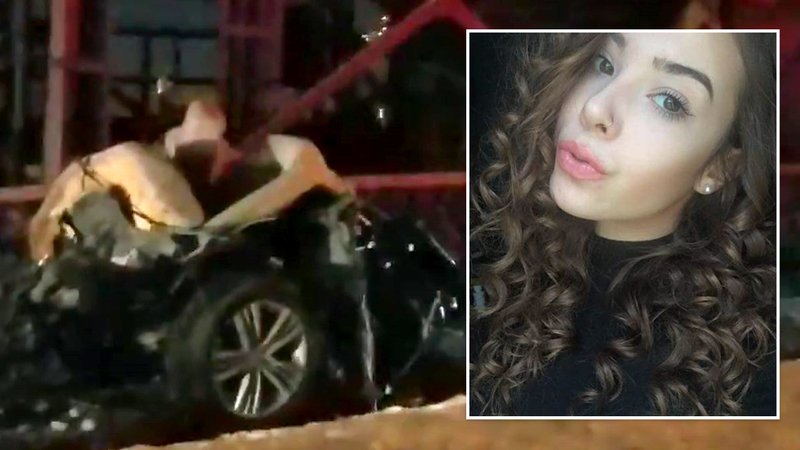 GREENWICH VILLAGE, Manhattan (WABC) -- A young woman was killed when she was thrown from a vehicle in a one-car crash on the Manhattan side of the Williamsburg Bridge early Thursday.

"This was my baby, my little girl, great heart, and now she's gone," said Virginia Cabrera-Miner, the victim's mother.

The young woman's family is devastated.

Amanda Miner died one day after her 21st birthday. She was bright and upbeat, and was an aspiring social worker from Williamsburg.

Miner was killed in a horrific crash on the Williamsburg Bridge early Thursday morning.

The impact of the crash was powerful enough to split the 2013 Infiniti sedan in two, after the driver lost control and slammed into the divider.

Amanda was in the back seat, and was thrown from the car by the sheer force of the crash.

"She had a good heart, everybody that knew her loved her, since she was little she was all about helping people, standing up for the little guy," Cabrera-Miner said.

Amanda's mother said she had not met the driver.

It happened in the middle of the bridge at 3:30 a.m., and the precise cause of the crash was not immediately clear. No other vehicles were involved.

The driver, 26-year-old Stefan Hoyte, was an NYPD traffic enforcement agent. He was taken into custody on suspicion of driving while impaired, and was charged with driving while intoxicated, vehicular manslaughter and criminally negligent homicide.

He and another traffic agent, a 24-year-old man, seated in the front suffered only minor injuries.

The bridge is just down the street from the family's home.

"She would have changed this world, she changed mine, now we'll never see how far she could have gone," Cabrera-Miner said.