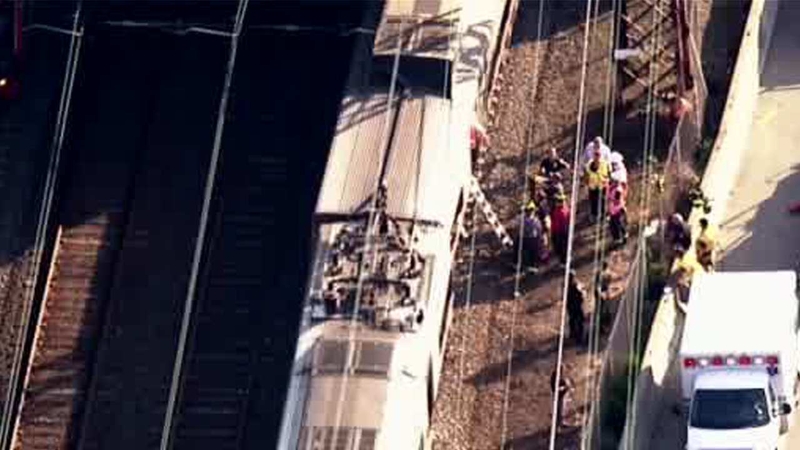 NEW YORK (WABC) -- A minor derailment of a Metro-North train near the station in Rye last week could have been much worse.

A source close to the investigation tells us the Metro North train derailed because it had been going nearly 5 times faster than the restricted speed limit.

With temperatures in the mid 90's last Thursday afternoon, the MTA was concerned about rail buckling and reduced the speed limit on approach to the Rye station to nearly a crawl, to 10 miles per hour.

But sources say the train was going 49 miles per hour causing five of the train cars to come off the track.

Although there were no serious injuries, Connecticut's Senior senator says the incident was NOT minor.

"Every derailment is a serious incident endangering life and this one certainly has to be taken seriously," Senator Richard Blumenthal said.

In a sign of just how the troubling derailment was to rail safety officials, the NTSB sent their own investigators to the site. It is an extremely rare move for an accident without any serious injuries. One source says that's because the minor derailment points to a major problem; Metro North trains keep coming off the tracks. There were two serious derailments in the past four years, a derailment in Connecticut in 2013 and one in the Bronx months later that killed four people.

"The involvement of the NTSB shows how seriously this derailment should be taken. There was no damage to life or property, but there well could have been and that's the reason why the NTSB is taking it so seriously," Blumenthal said.

According to a source, there may have been some breakdown in communication between the conductor and the engineer about the restricted speed. The source claims it could partially explain why the engineer was going 49-miles per hour in a 10-mile per hour restricted zone. Although it's been 7 days since the accident, the MTA would tell us no more than beyond five words, "The incident is under investigation."

"The MTA owes more facts to its customers... be fully forthcoming and tell the public as much as they can about excessive speed, if it was a contributing factor, and what it's going to do to counter that danger," Senator Blumenthal said.
Related topics:
rye7 on your side investigationmetro north accidenttrain derailmentmetro northderailment
Copyright © 2021 WABC-TV. All Rights Reserved.
7 ON YOUR SIDE INVESTIGATION