KTRK
HOUSTON -- The family of two children struck by a hit-and-run driver in north Harris County is pleading for that driver to surrender.

"He or she needs to come forward ... so my son can rest," said Jayden Aguilar's mother, Kelly Holder. The five-year-old boy was killed after he and a two-year-old relative slid under a fence chasing a ball that had sailed over it onto Fallbrook Drive.

One child is confirmed dead following a hit-and-run in NW Harris Co.

Search underway for the hit and run driver who killed one little boy and injured another.

When the boys ran into the roadway, a driver slammed into the two children. He says Jayden tried to push the younger boy out of the way. Osbaldo Aguilar says he tried to help, but it was too late. 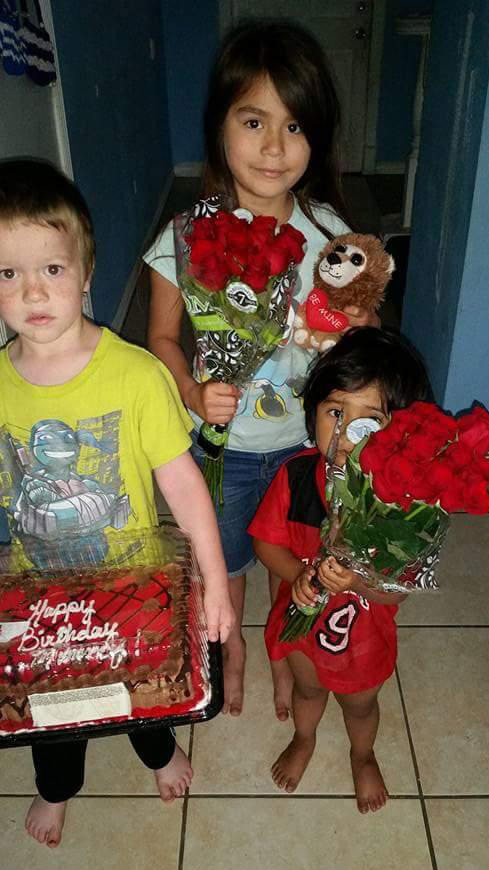 Jayden Aguilar (left) is seen alongside his sister (back) and his relative, who was also injured in the hit and run accident

"When I went back to Jayden, he was not breathing at all. That's when I realized that God had gained an angel," he said.

Two-year-old Jeremiah Aguilar was taken to Texas Children's Hospital. Osbaldo says Jeremiah has a broken leg, but is recovering.

A field of debris could be found near where little Jayden died. Parts of the suspect's vehicle strewn along the grass.

VIDEO: Family pleads for driver to turn themselves in
EMBED More News Videos

The boys' aunt, Doris Aguilar, says the driver needs to turn themselves in to officers

"Whoever caused this, if he has a heart, [he needs] to come forward," Aguilar says.

Deputies say they are looking for a dark-colored orange or red pickup or SUV, believed to be a Chevy Avalanche, according to a witness.

The vehicle would have some minor front-end damage, but deputies aren't certain the extent of the vehicle's damage.

Jayden is not the first child to be killed near Doss Park. Just yards away, five-year-old Nathaly Coreas was hit by a vehicle while walking home from the park in 2006. Her family convinced Harris County to add a stop light and crosswalk there. Now Jayden's family says something needs to be done to reinforce the fence between the park and traffic so no one else gets hurt or killed.

"There's a fence and they can get underneath it," said Jayden's mother Kelly Holder.

The county says this is an ongoing problem: people will cut the straps and ties that secure the bottom of the fence in order to make it easier to get in and out of the park, never realizing the danger they create by doing so.

If you know anything about the has which can help detectives, you can call the Harris Count Sheriff's Office or Crimestoppers.

The family has set up a GoFundMe page to help offset Jayden's funeral expenses. If you'd like to help, you can donate here.
Related topics:
houstonhit and runchild deathchildren hit by car
Copyright © 2021 KTRK-TV. All Rights Reserved.
More Videos
From CNN Newsource affiliates
TOP STORIES