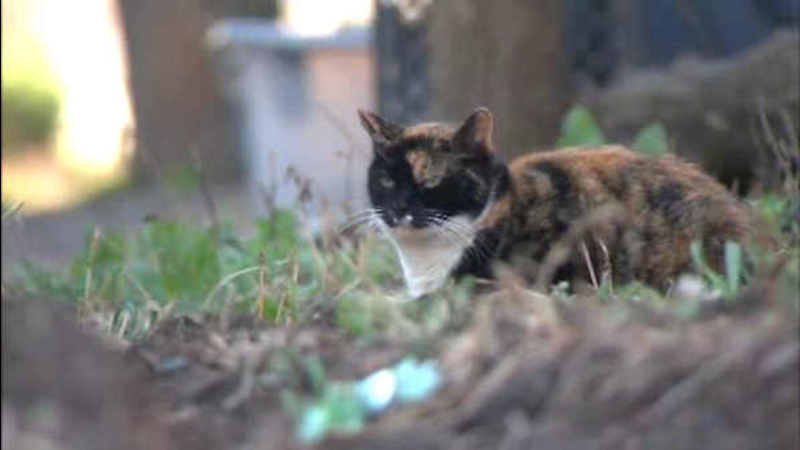 NEW YORK (WABC) -- Dealing with rats in New York City is an age-old problem that's getting a fresh set of eyes from a group you might not expect.

The Guardian Angels, best known for patrolling subways and communities for crime, are now setting their sights on New York's rodent population.

The legendary Guardian Angels are best known for taking on the bad guys on city streets, but nowadays they're focusing more on four-legged foes.

"They're very territorial, they stay in the area, they keep the rats away. Very natural solution to everything," said Nancy Regula of the Guardian Angels.

The group is working with residents to establish cat colonies in vacant land across the city, using feral cats to reduce the rat population in areas overrun by rodents.

"It's really the choice of, do you want the rats or the cats," said Regula.

Not only does the group help set up shelters near the colonies for the cats to eat and stay warm, but they also get them neutered and vaccinated.

So far they are overseeing about 150 cats in 10 colonies in the city from Howard Beach to Astoria.

And they may soon establish another at 750 Grand Concourse, where the Bronx building became ground zero in a minor outbreak of leptospirosis, an infection linked to rat urine that killed a man back in December.

"It's between addressing the overpopulation of the cats and the rat issue, just two things that need to be solved," said Regula.

Whether it's construction or just plain old street trash that lures the critters, the Guardian Angels say these colonies are a win-win for the city.