Harrison residents up in arms about plans for new gun shop 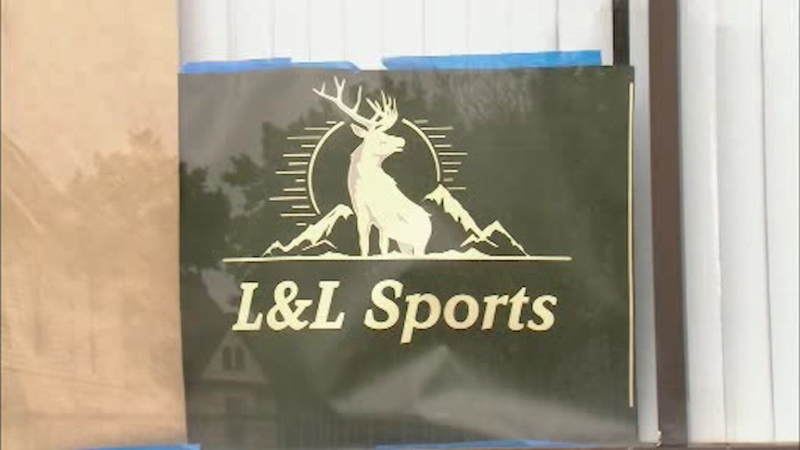 HARRISON, New York (WABC) -- Would you want a gun shop opening near an elementary school, 2 churches with nursery schools, and shops that cater to kids?

Lots of people in Westchester County are saying "no," especially on social media.

But the gun shop owner is promising he keeps the weapons secure and safe, he's even posting his phone number for people.

The signs have gone unnoticed for weeks, but the word is now out and the opposition is taking shape: L and L Sports is a gun store set to open in Harrison.

"There are preschools everywhere, churches, there are kids everywhere, and it's just not what we want for our community, and it came out of nowhere," said Lauren Zomick, a parent.

More than 1,500 people have signed an online petition in less than 24 hours with the chief concern cited: The location in the Harrison Mall on Halstead Avenue in the heart of downtown, less than 1000 feet from a school.

"It's the location. If this were in a different part of town, maybe a little more isolated, I don't know if there would be so much commotion about it," said Jill Valente, a parent.

"It's very weird that it's at the elementary schools it's the same road," said Astrid Leenheers, a parent.

"What are the criteria to open a business in Harrison?" said Louis Vacchio, L and L Sports owner.

Vacchio has had an online business since 2001, but says the retail store fills a need in the area.

60% of his clients are members of law enforcement. Vacchio says he has always followed strict federal and state laws regulating firearm sales.

"No gun leaves my shop unless the person leaving with it already owns it if they had dropped it off for repair or if they just bought it and passed a background check," Vacchio said.