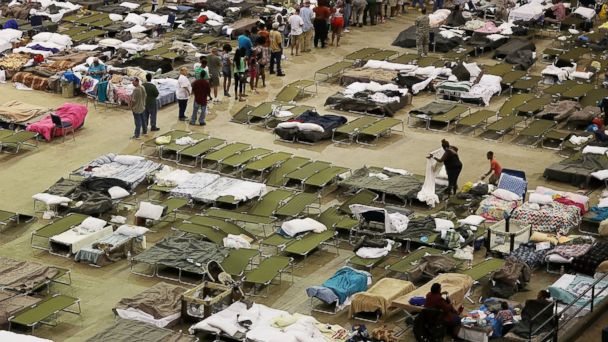 Ten days after deadly flash flooding tore through southeastern Louisiana, tens of thousands of devastated residents are working to recover.

As of this morning, 60,700 homes were reported to be damaged or destroyed throughout the state and 102,000 people have registered for federal assistance, said Mike Steele, spokesman for the Governor's Office of Homeland Security and Emergency Preparedness.

Louisiana Gov. John Bel Edwards has called the flood that killed at least 13 "unprecedented" and "historic." The situation was declared an emergency and the Federal Emergency Management Agency (FEMA) called in to provide resources and funding to help with recovery efforts.

For some displaced residents, it brought back painful memories of evacuating during Hurricane Katrina 11 years ago.

As the area now works to recover, even more rain is covering the area. The National Weather Service said 2 to 3 inches of rain fell Sunday.