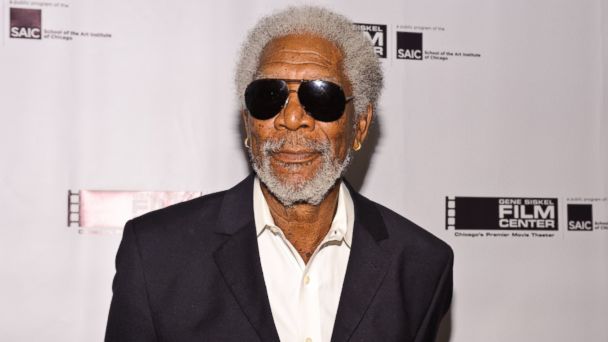 Actor Morgan Freeman was uninjured after his plane blew a tire while taking off at an airport in Mississippi and had to make an emergency landing.

In a statement, Freeman, 78, said that he was on his plane en route to Texas to shoot a segment for National Geographic's "The Story of God."

"Sometimes things don't go as planned and a tire blew on take-off which caused other problems," said Freeman. "But thanks to my excellent pilot Jimmy Hobson we landed safely without a scratch. I cannot say the same about my plane. I appreciate the concern and prayers for our safety."

Clarksdale, Mississippi, Mayor Bill Luckett, a friend of Freeman, told ABC News that the actor's plane made a forced landing in Tunica after taking off from Clarksdale Saturday.

Luckett said that the plane had to burn off fuel before attempting to land.

The plane went off the runway after landing in Tunica around 5 p.m. local time, according to the mayor.

Luckett said Freeman and the pilot - the only two people on board -- were fine, and that Freeman was scheduled to hop on another aircraft to take him to Houston.

The mayor said he didn't know the extent of the plane's damage.

Freeman, known for this riles in "The Shawshank Redemption" and "Driving Miss Daisy," has been nominated for five Academy Awards and won a best supporting actor Oscar for "Million Dollar Baby." Freeman was also awarded the prestigious Cecil B. DeMille Award at the 2012 Golden Globe Awards.