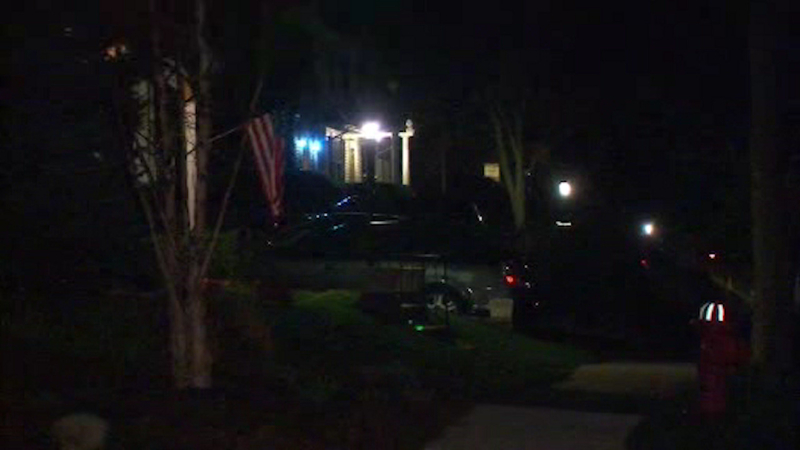 Neighbor rescues baby being attacked by pit bull in Nutley

A courageous neighbor pulled an attacking pit pull off the 11-month-old girl who was sitting in her stroller.

"Just a commotion, everyone was screaming, nobody knew where to go, what to do," said Seamus Burke, a neighbor.

Panic quickly took a hold of this quiet Nutley community when a young couple was suddenly ambushed on a stroll with their baby girl by a loose pit bull.

"I came running out and the mother of the girl was hysterical. I was trying to take care of her, tell her everything is alright, not knowing the child had been bitten already," said Jim Lyons, a neighbor.

Eyewitnesses say the blood curdling screams brought nearly everyone out of their homes along Walnut Street. They discovered the dog latched onto the little girl's leg. Burke quickly attended to the girl.

"The baby was there, everybody was on the dog next thing, we were like the baby's here screaming, losing all this blood and got her out of the stroller," Burke said. "We got the baby out of the stroller, tied a tourniquet, the mother was distraught, the father was too, just did what we had to do."

The baby girl was quickly rushed to a nearby hospital where she received more than 70 stitches for her wounds.

Meanwhile the pit bull, who escaped from a nearby home, is now in quarantine until the courts decide what's next.

Nutley Mayor Alphonse Petracco paid a visit to the girl's family and says many people in town remain concerned.

"Quite frankly, I don't the dog should be back. I've had a lot of people coming up to me saying that these streets aren't safe because of a dog. We want to make sure that people feel safe to come out of their homes," Mayor Petracco said.

The baby girl's parents declined to talk with Eyewitness News on camera, but say they'll be forever be grateful to Burke who they consider a hero.

Eyewitness News also reached out to the dog's owner, but did not get a response. The owner is set to appear in court May 4th.

The baby girl will apparently need three days' worth of plastic surgery to fix her wounds.