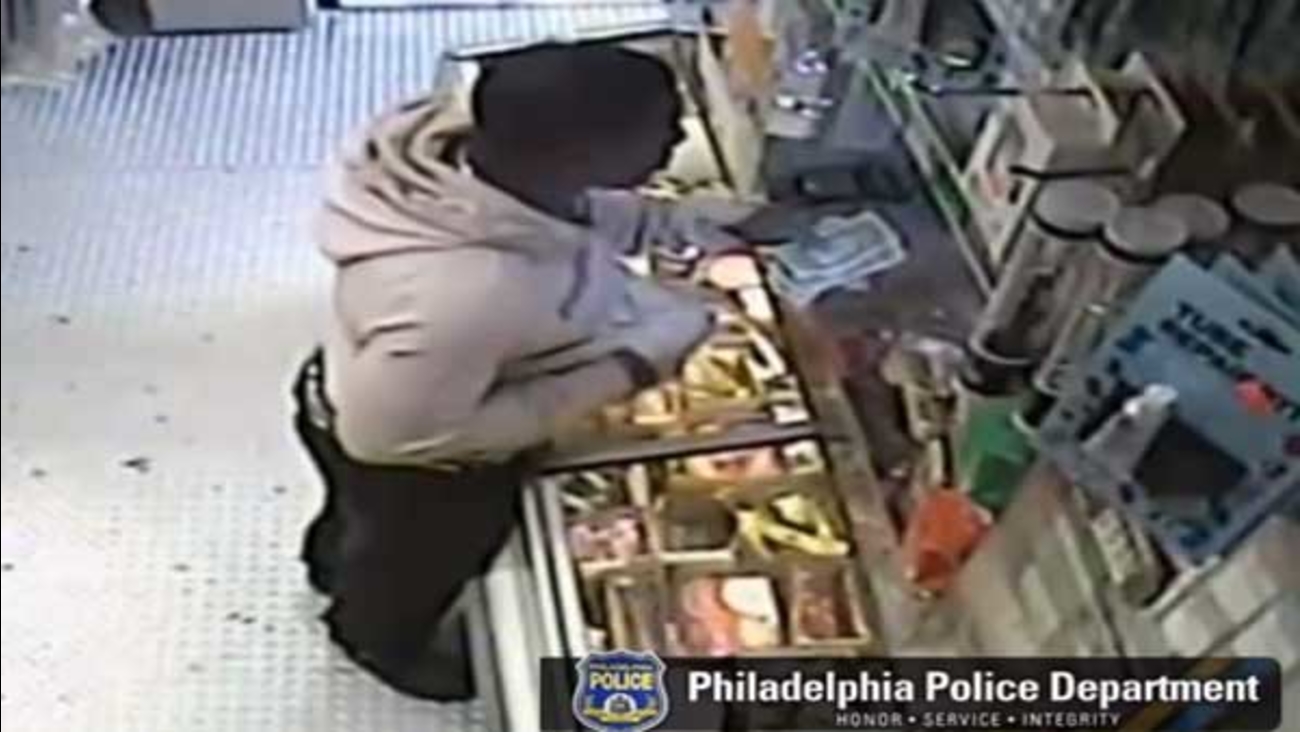 WPVI
WEST PHILADELPHIA -- Police are searching for a suspect who was caught on camera using a hidden banana to rob a grocery store in West Philadelphia Tuesday morning.

The robbery happened around 9:15 a.m. inside the Tejada Grocery store located on the 3800 block of Poplar Street.

Police say the suspect spotted a bunch of bananas while waiting in line, grabbed one and stuffed it into his sweatshirt pocket.

He then approached the counter, acting as if the banana was a gun and demanded money and cigarettes.

After getting away with an undetermined amount of cash, he fled the scene on a bicycle and was last seen on 40th Street towards Wyalusing Avenue.

The suspect is described as a black male, 5'9-5'11 tall, 140 lbs. with a thin build. He was wearing a tan hooded sweatshirt with "Pacific Coast Hollister 19" on the front in red lettering and black pants.