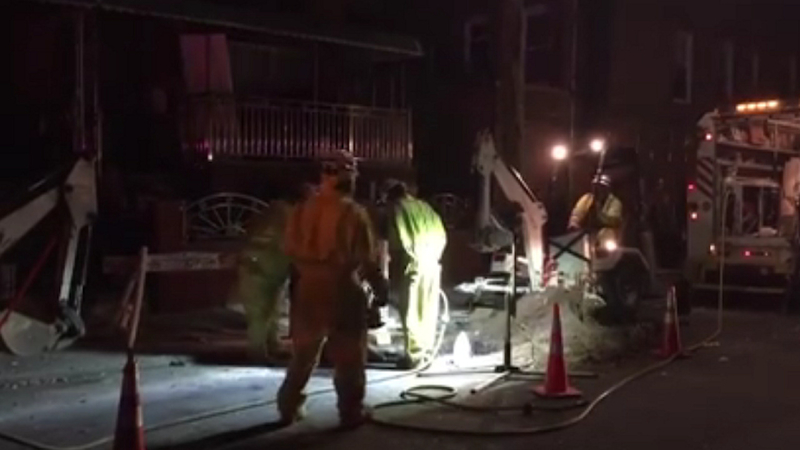 A gaping hole was discovered in the high pressure gas main under 64th Street in Brooklyn. OEM and the FDNY responded along with the National Grid to isolate the source of the leak.

They contained it by Thursday morning, but 64th Street remained closed between 11th Avenue and 12th Avenue.

Crews tore up 64th Street late Wednesday night to turn off the emergency valve since they could not find the source of the leak. The overpowering smell of natural gas flooded the neighborhood.

"I think I'm glad they caught it in time, I'm glad that we aren't in danger and I applaud them for doing the work that they are doing. I don't find criticism with it," said Rob Wrana, a resident.

There are no injuries reported.