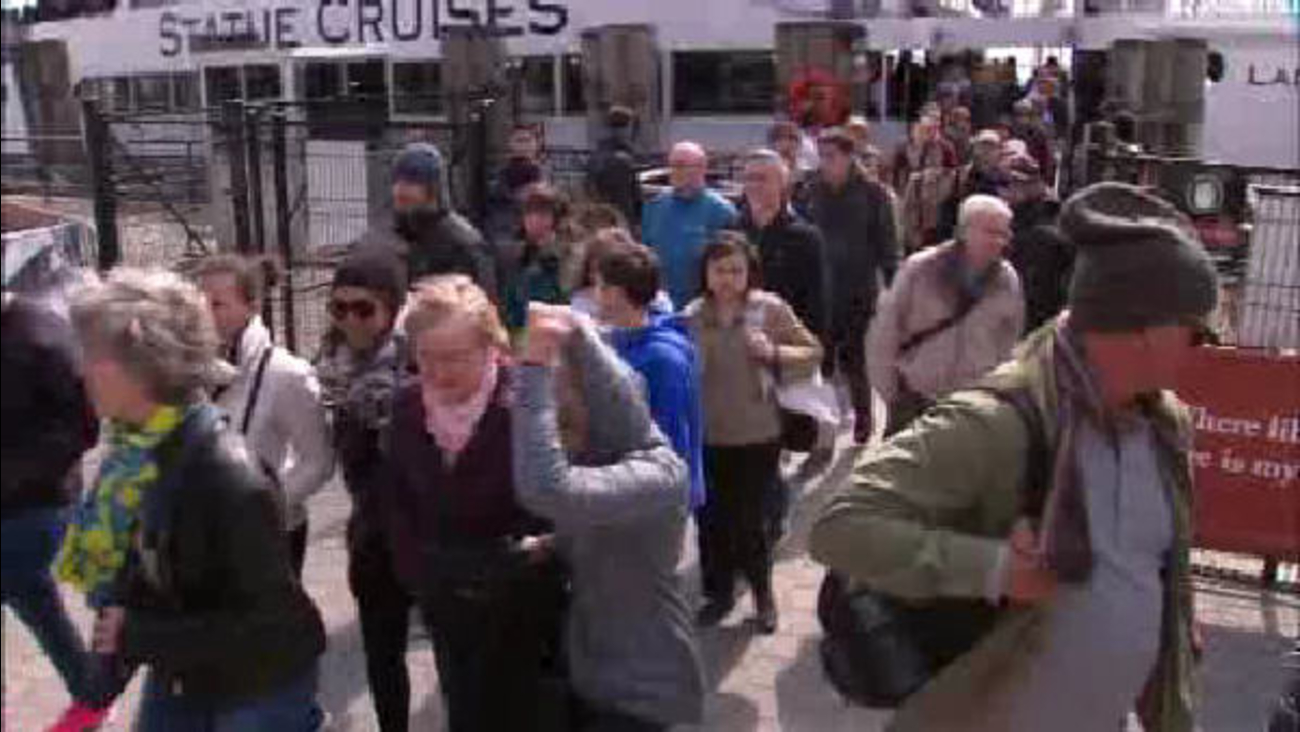 LOWER MANHATTAN (WABC) -- Dozens of people were arrested in a series of raids Wednesday morning, accused of being scammers who sell fake tickets to tourists for ferries at Battery Park.

At least 21 people were expected to face charges of fraudulent accosting in an operation labeled 'Tour de Force'.

Many of them were arrested at their homes, having been previously identified by law enforcement.

Many also have criminal records or are wanted for parole violations.

They will be arraigned later Wednesday in Lower Manhattan.

The suspects are known to sell fake or unauthorized trips to the Statue of Liberty and Ellis Island to unsuspecting tourists, authorities said.

The crackdown came after a series of violent incidents involving the fake ticket hawkers, mostly parolees with a history of violent acts.

Police say they were regularly interacting with tourists, leading to some incidents of violence, said NYPD Deputy Commissioner John Miller.

Some of were sex offenders who were interacting with children, Miller said.

In February, a 33-year-old tourist from Arkansas suffered a fractured skull when he was punched by a suspect selling unauthorized tickets in Battery Park.