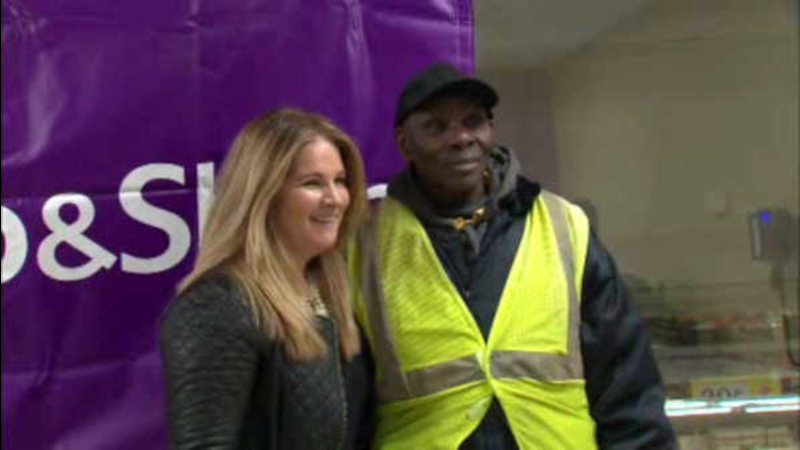 WHITE PLAINS, New York (WABC) -- At the Stop and Shop in White Plains, there's a friendly face helping customers. Henry Leherissanint is a courtesy clerk, and recently showed a great deal of courtesy when he found Patty Kennedy's wallet.

"It really would have been horrible had I not had my wallet, because it had all the documents that should be in my wallet," Kennedy said.

Kennedy only realized she had left her wallet at the store after she made it back to Manhattan. She raced back to White Plains that night.

"They gave me the wallet - it had been unopened. Everything in place - no one knew who turned it in," she said.

Kennedy asked around at the store for about an hour, and learned it was someone named Henry - turns out it was Leherissanint, who has worked at the store for five years. Now, three weeks later he is getting a personal thank you from Kennedy. There were hugs, a cake, a gift of money, and words of appreciation.

Leherissanint, who is from Haiti, says he was just doing his job.

"When I found the wallet, I just returned it to customer service. I didn't think twice," he said.

Kennedy couldn't stop thinking about it.