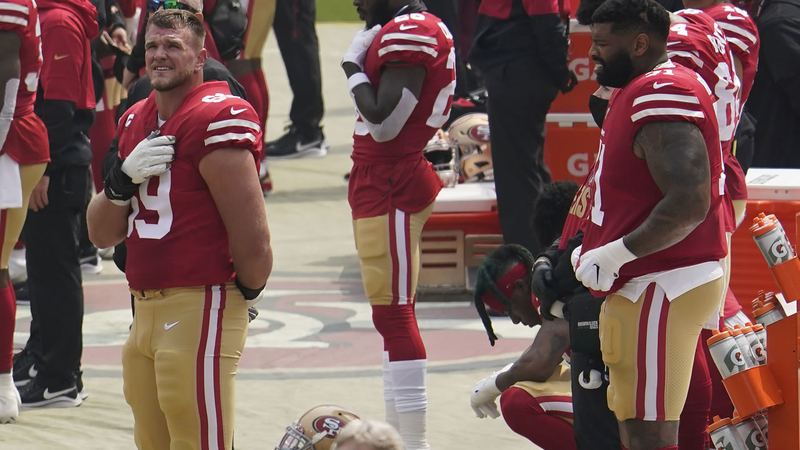 SAN FRANCISCO -- The NFL season kicked off on Sunday and as expected, numerous players took a knee during the national anthem.

Others chose to stand and hold a fist in the air. Some teams locked arms as they stood on the sideline. 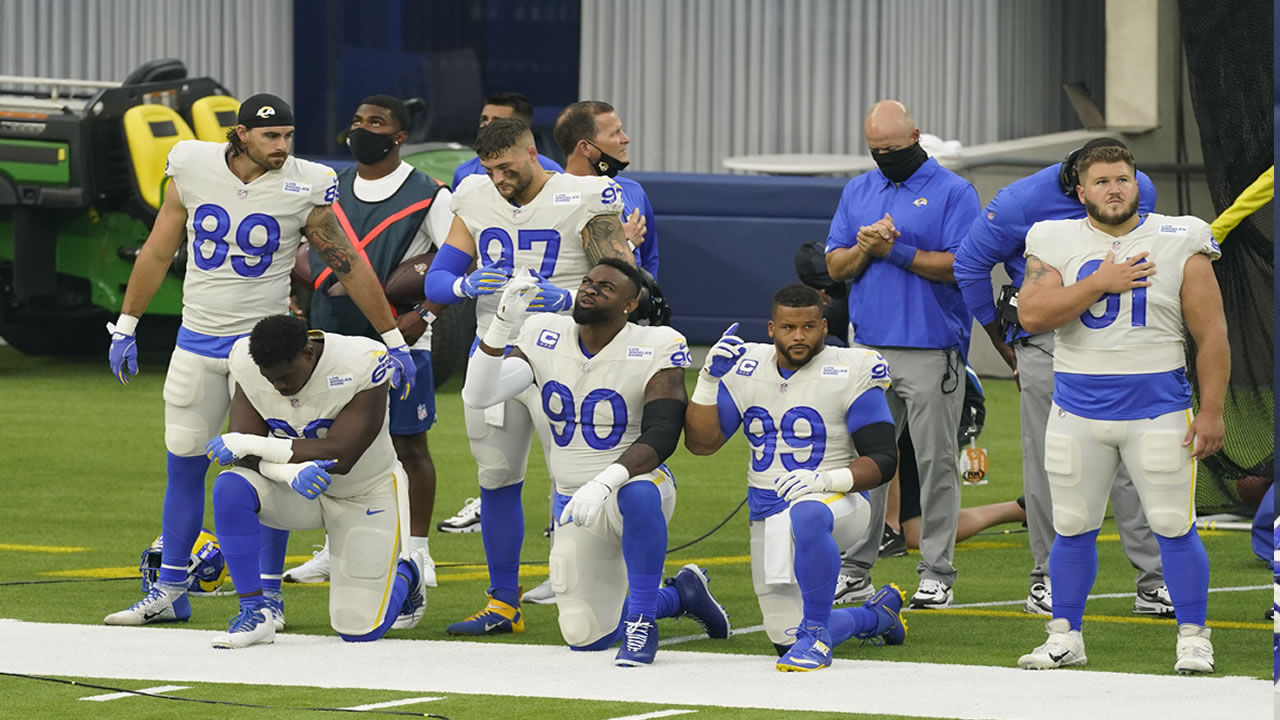 Members of the Los Angeles Rams stand and kneel during the national anthem before an NFL football game against the Dallas Cowboys Sunday, Sept. 13, 2020, in Inglewood, Calif. 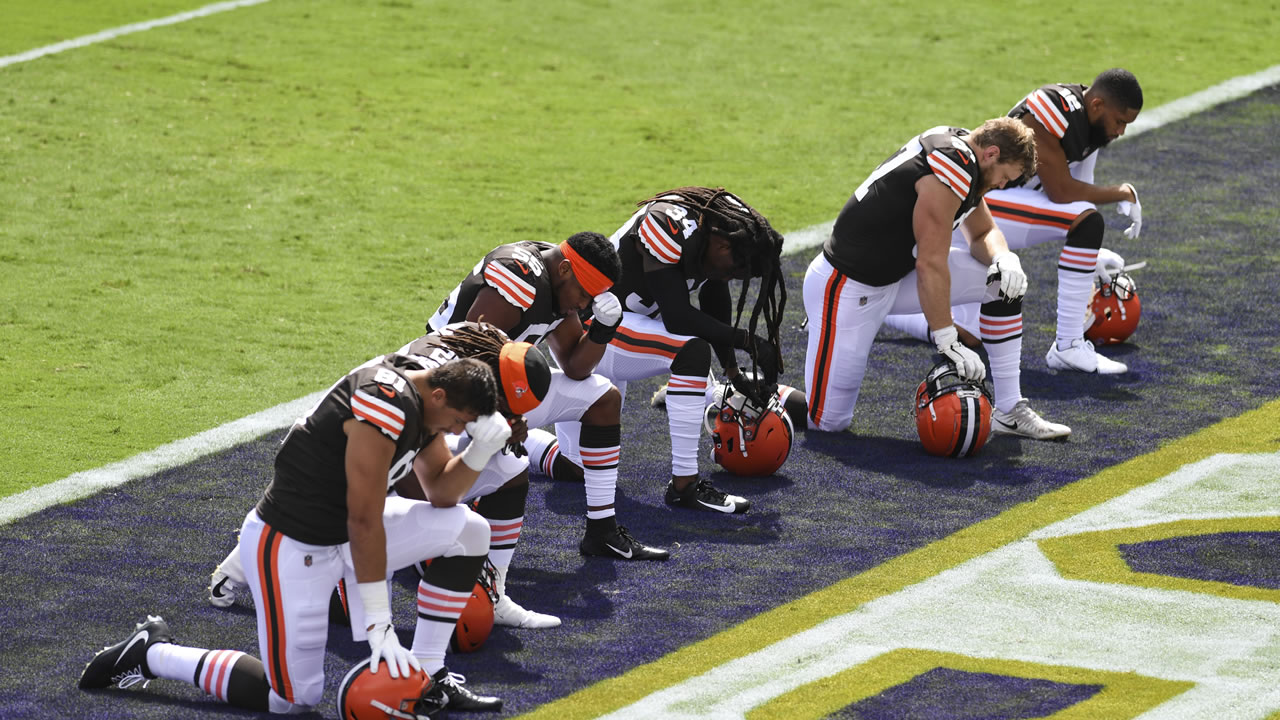 Cleveland Browns players kneel before the play of the National Anthem during an NFL football game against the Baltimore Ravens, Sunday, Sept. 13, 2020, in Baltimore. 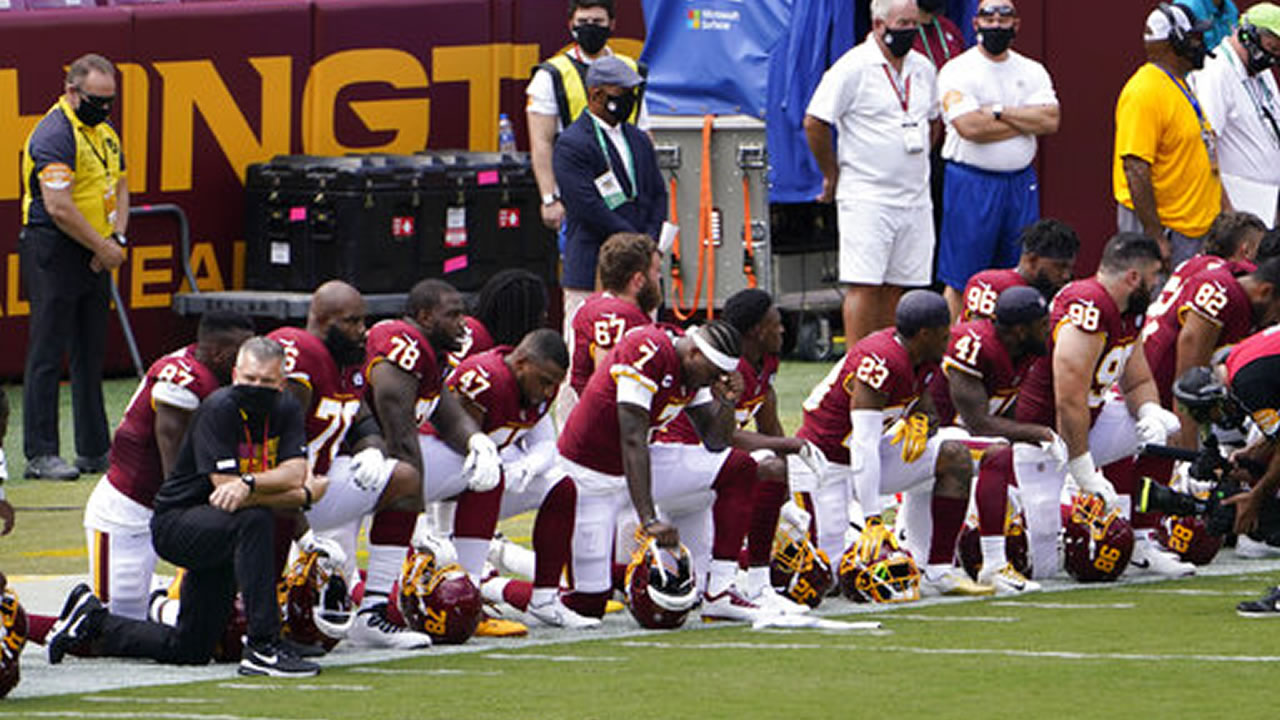 Washington Football Team quarterback and others kneel on the sideline before start of an NFL football game against Philadelphia Eagles, Sept. 13, 2020, in Landover, Md.

The kneeling from players is an evolved form of what former 49ers quarterback Colin Kaepernick first did in 2016.

On Sunday, he tweeted his take on some of the NFL's social justice initiatives - calling them "propaganda."

He also said the league is still blackballing Eric Reid, Kaepernick's former teammate who joined him in protest four years ago.

Shots of both Kaepernick and Reid are featured in the NFL's video of "Lift Every Voice and Sing" -- largely considered the black national anthem.

The video is being played ahead of games during week one.