Nike collaborates with Ben & Jerry's on The Chunky Dunky sneaker 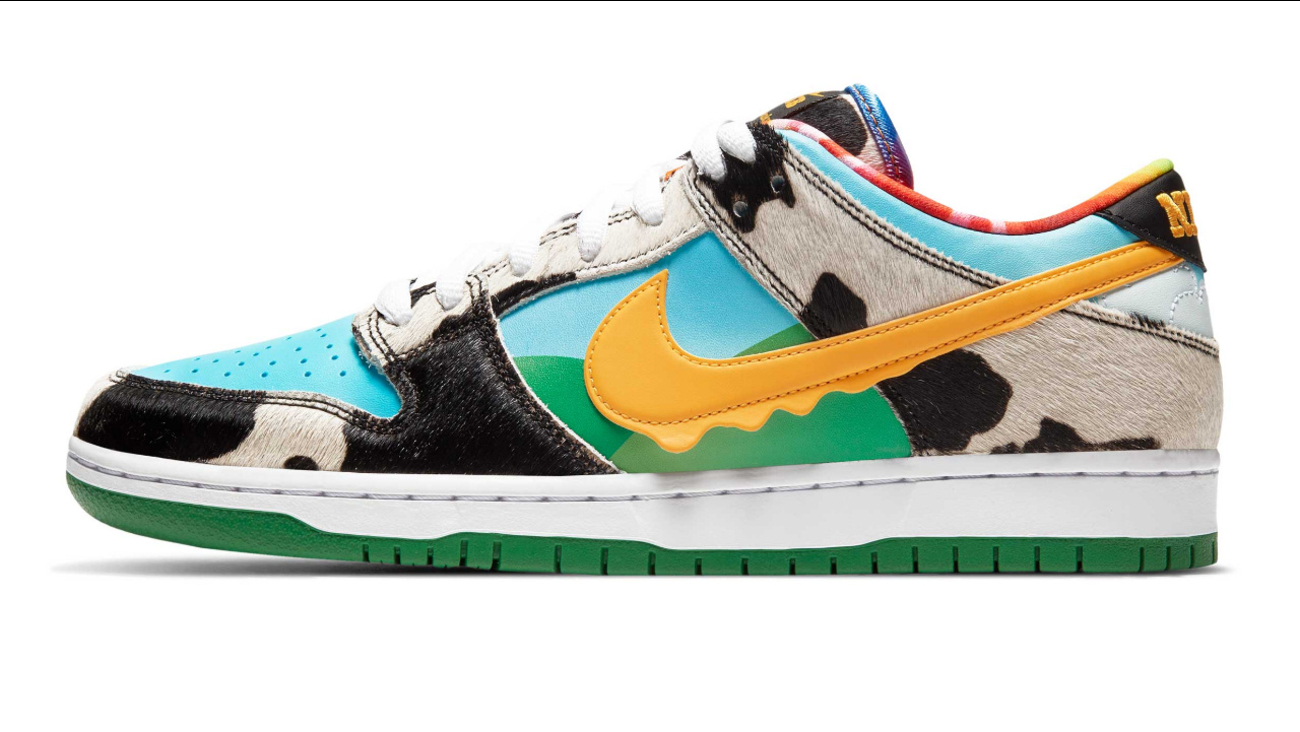 PHILADELPHIA -- Nike is churning out something sweet with the help of ice cream maker Ben & Jerry's.

The Nike SB Chunky Dunky went on sale at select skate shops on Saturday and was released through a drawing on the Nike SNKRS app at 10 a.m. ET Tuesday. It sold out on the app in a short time.

From the freezer to the streets, the Nike SB x Ben & Jerry's Chunky Dunky drops tomorrow on the SNKRS app. Download it here: https://t.co/1IhOr5XTVc #chunkydunky pic.twitter.com/k2qK8nQgKa

"Our footwear team was on a trip in Europe. We were having a good time in the cab to the airport and just brainstorming. And somehow the Chunky Dunky came up," Steve Pelletier of Nike SB, the sneaker brand's skateboard line, said.

Pelletier said Ben & Jerry's had some information and rules to help their project connect with the ice cream brand.

"The shape of the clouds, the Ben & Jerry's font you see on the heel tab, on the tongue label," Pelletier said.

The Chunky Dunky is available at a suggest price of $100 - but like any good Limited Batch flavor of Ben & Jerry's - when it's gone, it's gone.

"Ben & Jerry's loves bringing creative and exciting experiences to our fans - and this is a one-of-a-kind shoe that only Nike SB could do," said Jay Curley, Global Head of Integrated Marketing at Ben & Jerry's. "The opportunity to pair up and feature some really cool kicks has already caught some buzz and landed great feedback from the skate and sneaker communities as well as ice cream fans who are excited for the partnership. From the half pipe to Half Baked, this is an ice cream dream come true."

The Chunky Dunky by @nikesb x @benandjerrys is available Saturday, May 23 in skate shops and Tuesday, May 26 in SNKRS. Get there!! 🍨🥄#skateyourdunks pic.twitter.com/KaxiwuXQwy