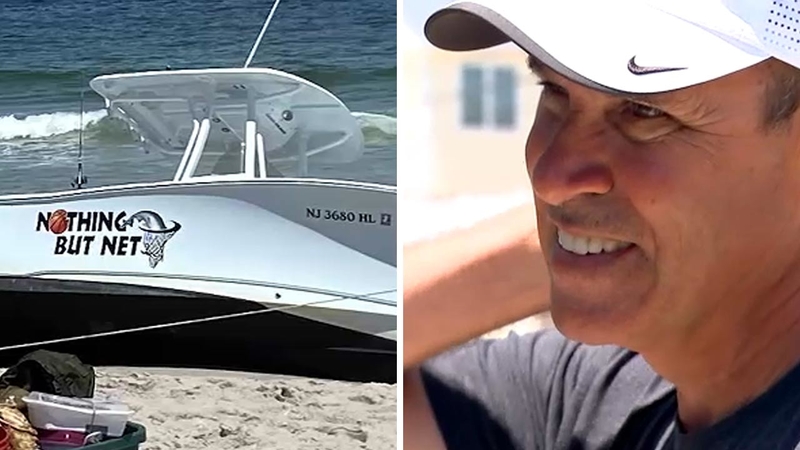 SEASIDE PARK, New Jersey (WABC) -- A passenger who was thrown overboard when a whale hit his boat at a New Jersey beach is telling his incredible encounter with the giant sea creature.

"He was six feet in front of me, kind of like if you've ever saw 'Jaws,'" Riley said. "The fish just breached the water and I was like, 'It's going to land on us.'"

Fisherman Robert Riley said the day started out peacefully at Seaside Park, until they encountered a large school of bunker fish which they knew would attract sea bass.

They had no idea a juvenile whale was also feeding on the same school of fish.

"The part I'll never get out is the whale coming out of the water," Riley said.

Riley and fellow fisherman Jay were both tossed from the boat. Riley said the only thing he remembers is hearing the whale slam down on the boat.

"The noise of the whale hitting the boat, it was loud," Riley said.

The young whale apparently lingered in the water for a while after losing some of its skin in the collision. Eyewitness Amanda Brefach took pictures of the whale close to shore.

"We saw a lot of fish jumping around beside him," she said. "And the mouth would come up out of the water and it looks like he was feeding on the little bait fish."
Riley said he usually likes to fish in the bay, so after the close encounter with a whale, the ocean is off limits.