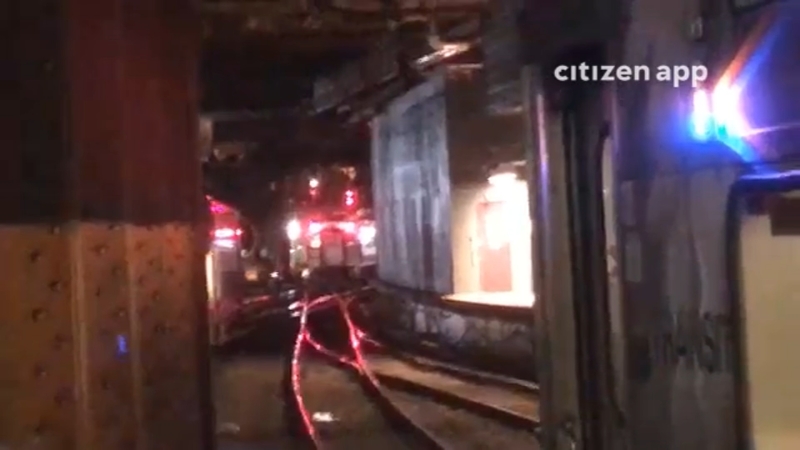 Service in and out of Penn Station New York was subject to 45-minute delays as service ran around the derailed car. It was re-railed by noontime and was being removed from the scene.

One set of wheels on one car derailed, but officials said there weren't customers on that car at the time.

No injuries were reported, but one person did seek medical attention for a panic attack.

Service was restored just before 8 p.m., but passengers on the derailed train were stuck for almost two hours before the train eventually returned back to Penn Station.

"People were having panic attacks, I mean we were down there for two hours and there wasn't a lot of updates unless you were able to get on the internet," Danielle Sichuk said.

Frustrations flared when those passengers and thousands of other commuters were met with an overwhelming list of delays and cancellations.

@GovMurphy @njtransit THIS IS UNACCEPTABLE! So far a 30 minute wait (which is growing) out of Penn Station! pic.twitter.com/g7PUyzF7eo

This is actually pretty cool. i can stand here for hours. Oddly enough, this is why i like this city so much. we call it “character”. #NJTDelays @NJTRANSIT #LocalOrder #LongRangeDisorder When my commute is eventful, via #PennStation @Amtrak #BridgesAndTunnels pic.twitter.com/XDgCXqOYYU

Amtrak officials said they had ruled out an infrastructure as the cause of the minor derailment, and that the investigation is ongoing.

Still, some fear if upgrades aren't made to NJ Transit soon, something similar could happen again.

"This is New York City, there's a ton of commuters, we rely on this every day, and it's not reliable," a passenger said. "Thank God no one got hurt this time, but someone someday is going to get hurt, and I hope it doesn't come to that."